IPL 2021: Royal Challengers Bangalore and Punjab Kings engaged in a hilarious coversation on social media over big-hitter Glenn Maxwell and others. 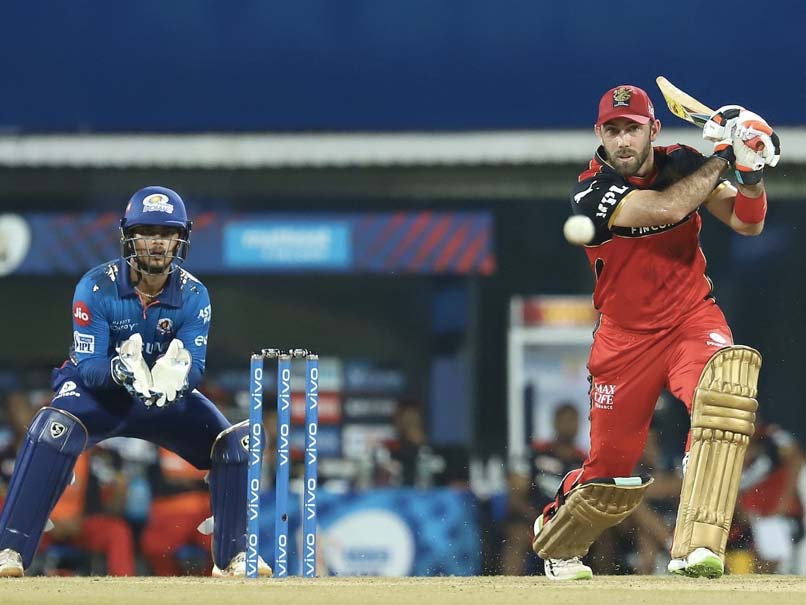 Royal Challengers Bangalore and Punjab Kings engaged in some light-hearted banter during the Indian Premier League clash between RCB and Mumbai Indians on Friday. As Glenn Maxwell hit his first six for RCB in the run chase, the team tweeted to thank Punjab Kings for releasing Maxwell ahead of the auction in February. "Thank you @PunjabKingsIPL. We would hug you if not for social distancing," RCB tweeted. Punjab Kings had a fitting response in store as they thanked their IPL opponents for Chris Gayle, KL Rahul, Mayank Agarwal and Sarfaraz Khan - all former RCB players who were released and are now part of Punjab Kings squad. "Aww and thank you for Gayle, KL, Mandy, Sarfaraz, Mayank..." Punjab Kings replied.

First Maxi-mum in Red and Gold and he nearly hits it out of Chennai!

Yes, thank you for inventing colours
And congrats on the win #SaddaPunjab #PunjabKings #IPL2021 #MIvRCB

Adding more flavour to the banter, RCB implied that Punjab Kings' "jersey, helmet, pads...and logo" were also inspired from the Bangalore franchise to which Punjab Kings' response was simple: "Yes, thank you for inventing colours."

Maxwell, who failed to hit a single six for Punjab Kings last season, hit two in his innings of 39 runs off 28 balls that helped RCB win a last-ball thriller on Friday in the IPL 2021 season opener.

One of the two sixes sent the ball out of the ground, prompting an animated reaction from RCB skipper Virat Kohli, while the other was a full-blooded switch-hit off Rahul Chahar.

After Maxwell's assault and his 52-run partnership with Virat Kohli for the third wicket, AB de Villiers took centre stage and hit 48 runs off just 27 balls with four fours and two sixes to take RCB close to the 160-run target.

RCB had to scamper to victory towards the end as only a single off the last ball ensured the win.