IPL 2021: Jason Roy replaced Australia's Mitchell Marsh, who made himself unavailable for the entire season owing to personal reasons. 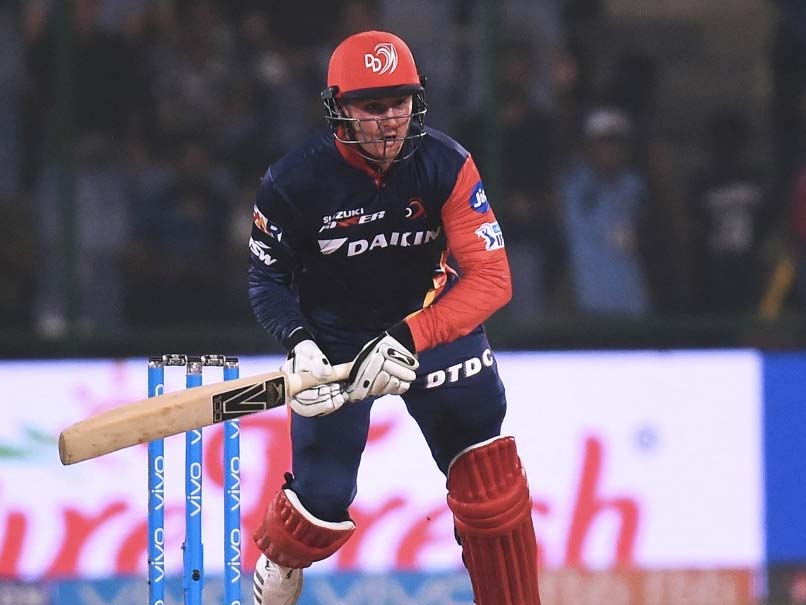 England batsman Jason Roy arrived in Chennai on Saturday for the 14th edition of the Indian Premier League (IPL)which commenced on Friday, April 9. Roy was signed by the SunRisers Hyderabad ahead of the tournament as a replacement for Mitchell Marsh. The Australian all-rounder made himself unavailable for the entire season owing to personal reasons. The 2016 IPL winners acquired Roy's services at his base price of Rs 2 Crore, the league had revealed in a media advisory earlier.

The caption of the tweet posted by the official Twitter handle of SRH read, "@JasonRoy20 has arrived. Squad complete for #IPL2021 #OrangeOrNothing #OrangeArmy."

The England limited-overs opener moved to Delhi Capitals from Gujarat Lions in 2018 but managed only one fifty in eight games across two seasons of IPL.

He opted out of the last year's edition due to personal reasons.

With the arrival of Roy, all the players of the SRH squad have joined the side. Roy will now remain in seven days of quarantine as per BCCI's SOPs before joining the squad.

The David Warner-led side had won five out of their last six games to qualify for the playoffs in the 13th edition of the tournament and the team will be looking to carry forward the momentum in this year's IPL as well.

SRH will begin their IPL campaign against Kolkata Knight Riders (KKR) at the MA Chidambaram Stadium in Chennai on Sunday.

Kolkata Knight Riders IPL 2021 Cricket
Get the latest updates on IPL Auction 2023 and check out  IPL 2023 and Live Cricket Score. Like us on Facebook or follow us on Twitter for more sports updates. You can also download the NDTV Cricket app for Android or iOS.