IPL 2021: Mumbai Indians' director of cricket Zaheer Khan said Hardik Pandya will be seen bowling in the games to come. 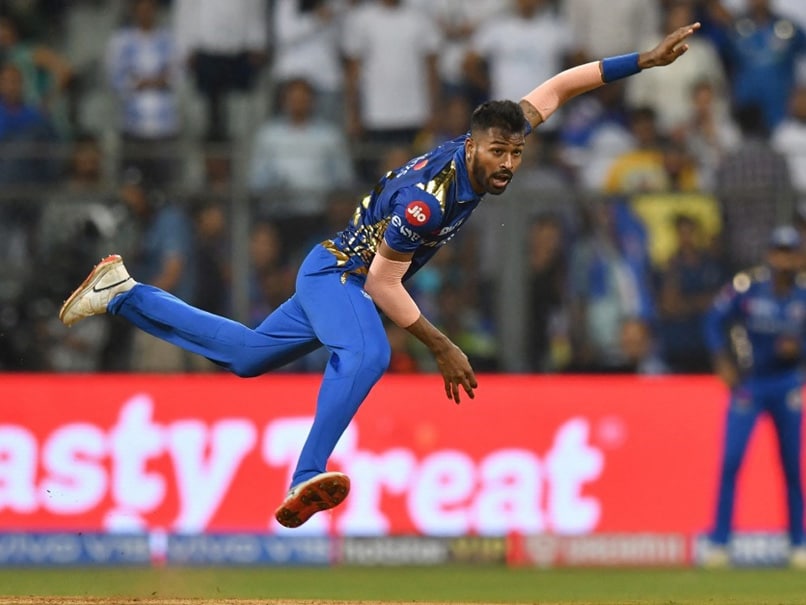 Hardik Pandya did not bowl in Mumbai Indians' IPL opener on Friday due to a shoulder concern but the India all-rounder will soon contribute in team's cause with ball in his hand, team's Director of Cricket Operations Zaheer Khan said on Monday. Mumbai Indians, the five-time champions, lost their opening game to Royal Challengers Bangalore by two wickets. "Hardik, as a whole package is always of great value, everyone knows that. It was a workload related thing in the previous game," Zaheer said at the pre-match conference ahead of their game against Kolkata Knight Riders.

"He bowled in the whole England series, in the last ODI he bowled about nine overs and that is why in consultation with the physio, we had to take that approach.

"There was a little bit of a shoulder concern but I don't think it is worrisome. You will see him bowl very soon. We are very confident that he will be chipping in with the ball in his hand as well," added Zaheer, a former left-arm pacer himself. Zaheer also said that West Indian all-rounder Kieron Pollard was the team's sixth bowling option.

"Pollard is our sixth bowling option. In that department we are not very concerned. You have to just adapt and adjust.

"This year's format is a different format. So, from that point of view, we need to have that adaptability and flexibility around the squad as well, with different places, not playing in your home ground, which is what we accept and planning accordingly with regard to the season ahead," he added.

According to Zaheer, South African opener Quinton De Kock is available for the game on Tuesday.

"Quinton is out of his quarantine. He did a practice session yesterday with the team. He is looking forward to the season. He will be available for tomorrow's game," said Zaheer.

Hardik Pandya IPL 2021 Cricket
Get the latest updates on SA vs IND 2021-22, check out the Schedule and Live Score . Like us on Facebook or follow us on Twitter for more sports updates. You can also download the NDTV Cricket app for Android or iOS.