IPL 2021: Jason Behrendorff replaces Josh Hazlewood, who pulled out of this year's tournament earlier in the month to spend time with his family. 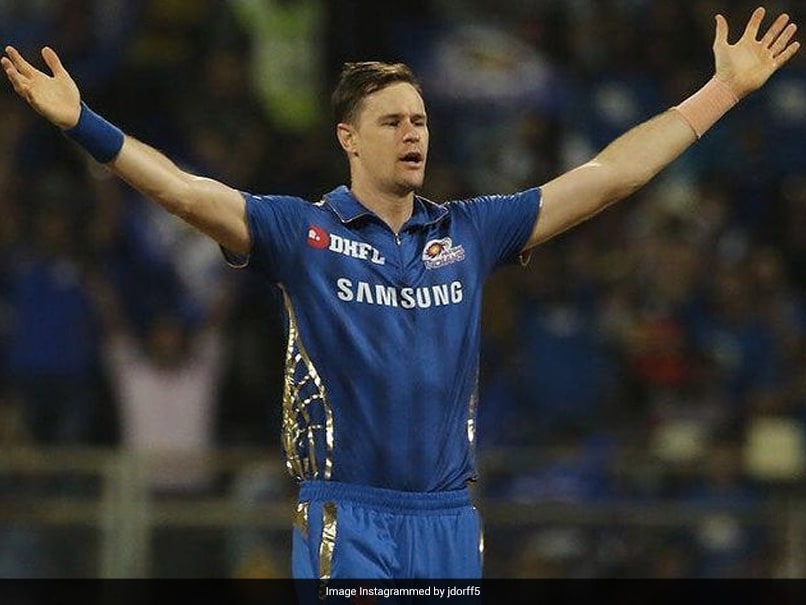 Jason Behrendorff played for Mumbai Indians in 2019, his only stint in IPL cricket so far.© Instagram

Chennai Super Kings have signed Australian pacer Jason Behrendorff as a replacement for Josh Hazlewoodfor the 14th edition of theIndian Premier League (IPL)starting today. Behrendorff comes in for Hazlewood, who pulled out of this year's tournament earlier in the month to spend time with his family. This will be Behrendorff's second stint in IPL cricket, having represented Mumbai Indians in 2019 where he played five matches and picked as many wickets. Left-arm quick Behrendorff has featured in 11 ODIs and seven T20Is so far for Australia.

Earlier, Hazlewood was set to depart for India with Australia's IPL-bound players, but decided to give it a miss in order to spend some time with his family. Talking to cricket.com.au, he was quoted as saying, "It's been a long 10 months in bubbles and quarantine at different times, so I decided to have a rest from cricket and spend some time at home and in Australia in the next two months. We've got a big winter ahead too. The West Indies is going to be a long tour, with Bangladesh T20 tour potentially thrown on the end of that."

"Then potentially the T20 World Cup leading into the Ashes, so it's a big 12 months, as it always is with Australia, and I want to give myself the best chance to be mentally and physically ready for that. That's the decision I've made, and it sits pretty well with me," Hazlewood added that this year's Ashes, West Indies and a possible Bangladesh tour along with the T20 WC in India were crucial factors that prompted him to take this decision.

Chennai Super Kings will kick-start their campaign with a match against Delhi Capitals at the Wankhede Stadium on Saturday, April 10.

Josh Hazlewood IPL 2021 Cricket
Get the latest updates on IPL 2021, check out the IPL 2021 Schedule and Indian Premier League Live Score . Like us on Facebook or follow us on Twitter for more sports updates. You can also download the NDTV Cricket app for Android or iOS.