IPL 2021: With Josh Hazlewood having pulled out of this year's Indian Premier League, Chennai Super Kings (CSK) took to Twitter to send their fans into a tizzy, teasing them about a probable replacement for the bowler. 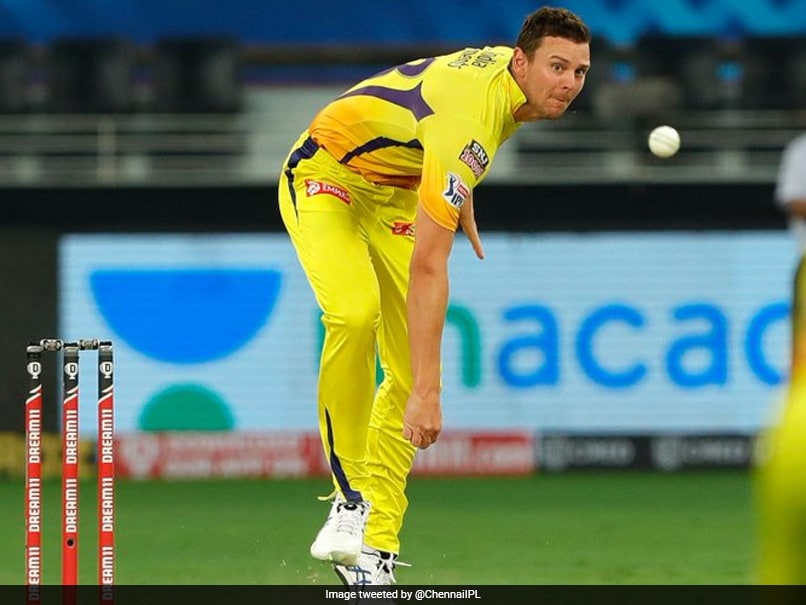 IPL 2021: Josh Hazlewood pulled out of the upcoming season to spend time with his family.© Twitter

Chennai Super Kings (CSK) took to social media to tease fans with a possible replacement for Josh Hazlewood, who recently pulled out of the upcoming Indian Premier League (IPL) 2021. The Australian bowler was set to depart for India, but decided to skip the tournament and spend some time with his family. IPL 2021 is set to begin from April 9, and CSK play their first match on April 10 against Delhi Capitals (DC). Taking to Twitter, CSK posted a photo of Hazlewood, and captioned it as, "Will be missing some Josh this #Summerof2021! Hoping for some aussome action soon in #Yellove! #WhistlePodu".

Fans were left questioning the meaning of the tweet, with some pointing out that the word "aussome" in the tweet could mean that a cricketer from Hazlewood's native country Australia could be replacing him.

"Another Australian coming as a replacement? @ChennaiIPL Hint - 'Aussome' soon in yellow", a fan replied.

Another Australian coming as a replacement? @ChennaiIPL

Meanwhile, many fans asked the club to sign England's Mark Wood as a replacement.

Here are the other reactions from fans on Twitter:

All the best to #JoshHazelwood as he takes a decision to secure his future to play for Australia. The decision could have come a bit early, but better late than never!

He would have been an ace up our sleeves, but even with this drop, CSK is still winning #IPL2021.

Hazlewood is not the first cricketer this year to have pulled out from IPL 2021. Earlier on Wednesday, SunRisers Hyderabad (SRH) all-rounder Mitchell Marsh had also pulled out of IPL 2021.

Last season, Hazlewood played only three matches for CSK, and this year, he would be competing with the likes of Moeen Ali, Sam Curran, Lungi Ngidi and Dwayne Bravo for a place in the playing XI.

Josh Hazlewood IPL 2021 Cricket
Get the latest updates on ICC T20 Worldcup 2022 and CWG 2022 check out the Schedule, Live Score and Medals Tally. Like us on Facebook or follow us on Twitter for more sports updates. You can also download the NDTV Cricket app for Android or iOS.