PBKS vs MI, IPL 2021: KL Rahul, Chris Gayle, Rohit Sharma and Jasprit Bumrah among others will be in action on Friday as points are on offer for fantasy cricket teams. 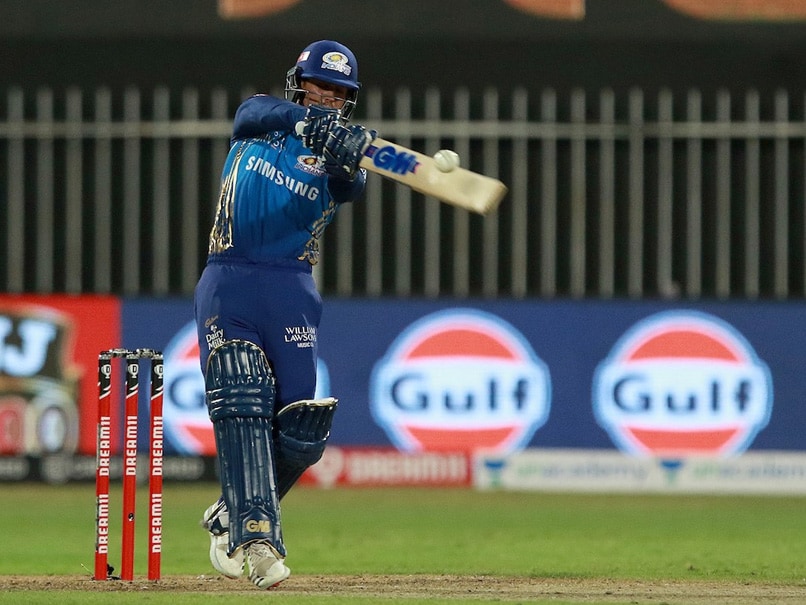 Punjab Kings and Mumbai Indians captains KL Rahul and Rohit Sharma, respectively, will have to take the initiative with the bat at the top of the order when the teams clash in Chennai on Friday. Punjab Kings were thrashed by SunRisers Hyderabad in their last match while Mumbai Indians were humbled by Delhi Capitals in the last outing. The results aside, the likes of Rahul, Rohit, Chris Gayle, Shahrukh Khan, Suryakumar Yadav and Jasprit Bumrah among others will be in action at MA Chidambaram Stadium and they bring valuable points for fantasy cricket teams.

Here are the top picks for Friday's PBKS vs MI IPL 2021 match:

Quinton de Kock (Credits - 9.5): While KL Rahul would be the natural first choice for a wicket-keeper in a fantasy XI, he comes at a high price (credits - 10.5). De Kock, on the other hand, comes cheaper and he is a player who has a big score pending on him.

With Punjab Kings' bowling attack not the best in the league, De Kock can be counted on to put in a big score and give Mumbai Indians a good start along with Rohit Sharma. He has fetched 85 fantasy points thus far.

Suryakumar scored a breezy 24 off 15 against DC in the last match, and a big innings from the middle-order dasher could bring plenty of points for fantasy teams. He has accumulated 207 points thus far.

Deepak Hooda (Credits - 8.5): The big-hitting Hooda has threatened to tee off in the opportunities he has got so far and for a struggling Punjab middle order he, along with Mohammed Azharuddeen, can play the finishing role as well as an anchoring role.

Trent Boult (Credits - 9): Boult has outperformed his fast-bowling partner Jasprit Bumrah so far in the tournament. He has more wickets (six) than Bumrah (four) and consequently more fantasy points (225) than Bumrah's 150.

The left-arm pacer can swing the new ball and wickets of Punjab Kings openers Rahul and Mayank Agarwal up front could fetch yet more points.

KL Rahul IPL 2021 Punjab Kings vs Mumbai Indians, Match 17 Cricket
Get the latest updates on ICC Women's Cricket World Cup 2022 and IPL 2022, check out the Schedule , Live Score and IPL Points Table. Like us on Facebook or follow us on Twitter for more sports updates. You can also download the NDTV Cricket app for Android or iOS.