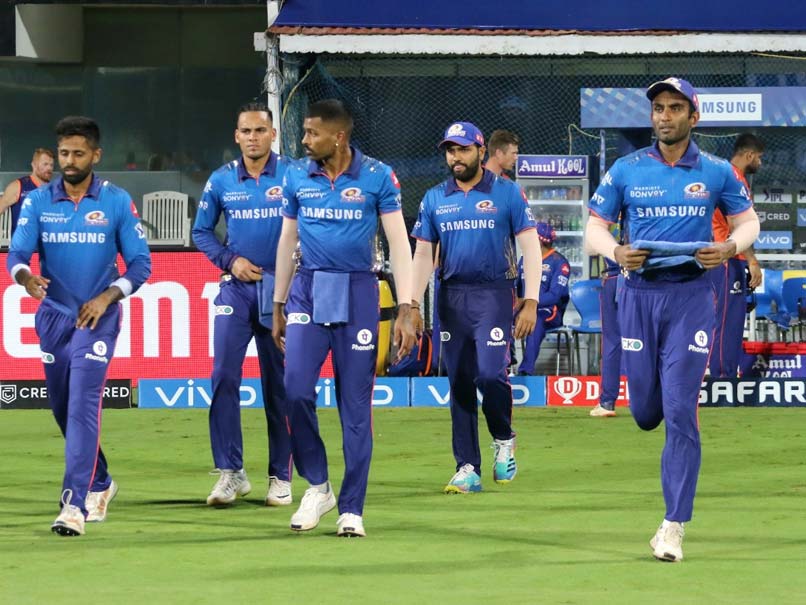 Mumbai Indians skipper Rohit Sharma was fined Rs 12 lakh for maintaining a slow over-rate during the IPL game against Delhi Capitals in Chennai on Tuesday. Experienced leg-spinner Amit Mishra (4/24) spun his web around the Mumbai Indians batsmen to restrict them to sub-par 137 for 9 and Delhi chased the target with five balls to spare on Tuesday. "Mumbai Indians captain Rohit Sharma has been fined after his team maintained a slow over rate during their IPL 2021 match against Delhi Capitals at the MA Chidambaram Stadium, Chennai on April 20," the IPL said in a statement.

"As it was his team's first offence of the season under the IPL's Code of Conduct relating to minimum over rate offences, Mr Sharma was fined Rs 12 lakh," the statement added.

Rohit Sharma IPL 2021 Delhi Capitals vs Mumbai Indians, Match 13 Cricket
Get the latest updates on T20 World Cup, check out the T20 World Cup Schedule and Live Score . Like us on Facebook or follow us on Twitter for more sports updates. You can also download the NDTV Cricket app for Android or iOS.