IPL 2021: Arjun Tendulkar was roped in by the Mumbai Indians in the players auction earlier this year. 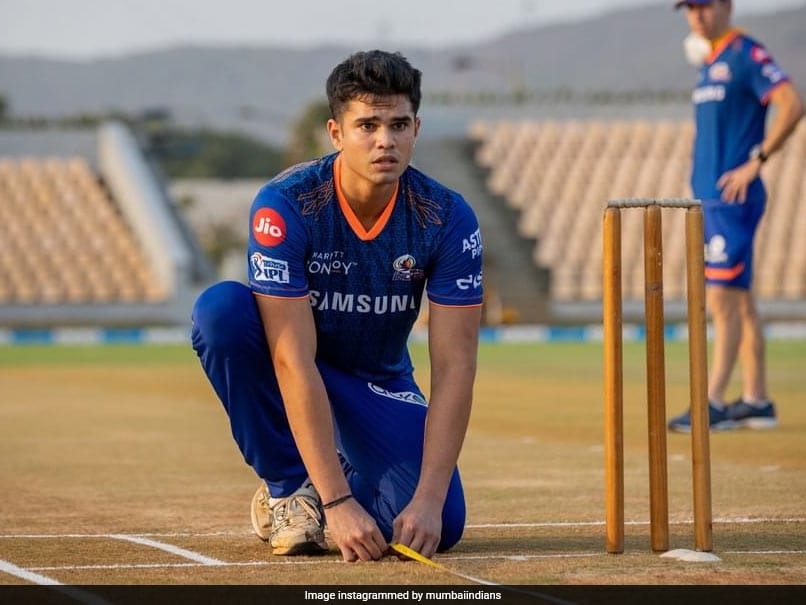 Mumbai Indians' latest recruit Arjun Tendulkartook to Instagram on Sunday to share a picture with Dhawal Kulkarni and Aditya Tare. In his Instagram story, Arjun can be seen standing with the two Mumbai domestic stars and he captioned the image as "Mumbai Trio". Mumbai Indians had bought Arjun Tendulkar, son of legendary cricketer Sachin Tendulkar, for his base price of Rs 20 lakh at the Indian Premier League (IPL) player auction earlier this year. 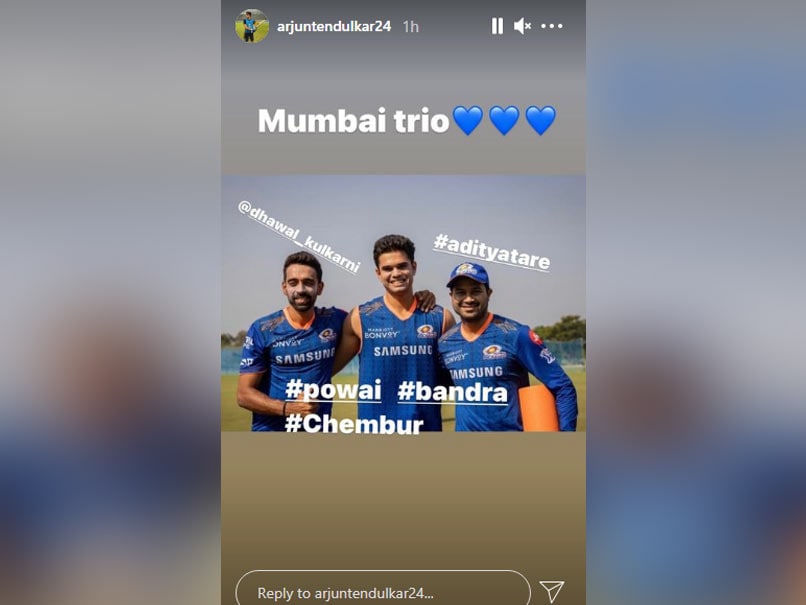 Arjun made his Twenty20 debut for Mumbai in January this year during the Syed Mushtaq Ali T20 tournament. He played two matches and picked up two wickets.

Just days before the IPL 2021 player auction, Arjun had smashed 77 runs off 26 balls and picked up three wickets to help MIG Cricket Club register a huge win in a Police Shield Tournament game.

Mumbai Indians, the most successful franchise in IPL's history, will have the chance to become the first team ever to win the title for the third straight year.

The Rohit Sharma-led side won the IPL in 2019 by beating Chennai Super Kings in the final and then successfully defended their title last year when the tournament was shifted to the UAE due to the coronavirus.

Mumbai Indians will begin their title defence in less than a week's time against Virat Kohli-led Royal Challengers Bangalore in Chennai on April 9.

Dhawal Kulkarni IPL 2021 Cricket Arjun Tendulkar
Get the latest updates on India vs South Africa and check out  Schedule, Results and Live Score. Like us on Facebook or follow us on Twitter for more sports updates. You can also download the NDTV Cricket app for Android or iOS.