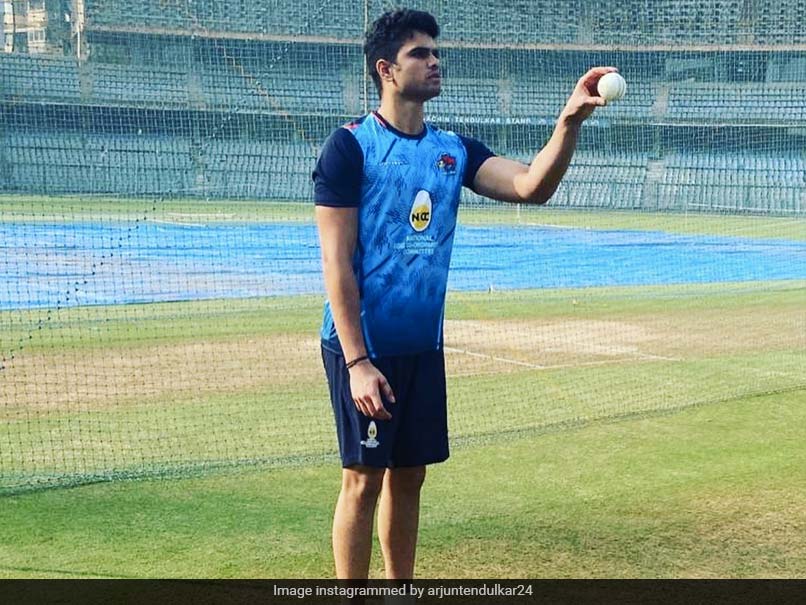 Arjun Tendulkar scored 77 runs and picked up three wickets in a club match on Sunday.© Twitter

Arjun Tendulkar, son of legendary cricketer Sachin Tendulkar, displayed his all-round brilliance to help MIG Cricket Club post a huge win in Police Shield Cricket Tournament on Sunday. Arjun smashed 77 runs off just 26 deliveries in an innings studded with eight maximums and five boundaries. The 21-year-old was also clinical with the ball as he picked up three wickets for 40 runs from his quota of nine overs in a 45-over per side match against Islam Gymkhana.

In the match, Arjun's team won the toss and elected to bat.

Arjun came down the order and his cameo took MIG Cricket Club to a huge total of 385 for seven from their allotted 45 overs.

In reply, Islam Gymkhana failed to bat out the full 45 overs and were bundled out for 191 in 41.4 overs.

On Thursday, Arjun Tendulkar was recently shortlisted by the Indian Premier League (IPL) franchises for the upcoming players auction, scheduled to be held in Chennai on February 18.

All the eight franchises shortlisted 292 players from 1097 cricketers who registered themselves for the auction.

Arjun has set his base price at Rs 20 lakh in the all-rounder's category.

Comments
Topics mentioned in this article
Arjun Tendulkar Cricket
Get the latest updates on Fifa Worldcup 2022 and check out  Fifa World Cup Schedule, Stats and Live Cricket Score. Like us on Facebook or follow us on Twitter for more sports updates. You can also download the NDTV Cricket app for Android or iOS.