IPL 2021: Adam Zampa withdrew from the ongoing season of the Indian Premier League and had earlier said that the bio-bubble was "the most vulnerable" one he had been in. 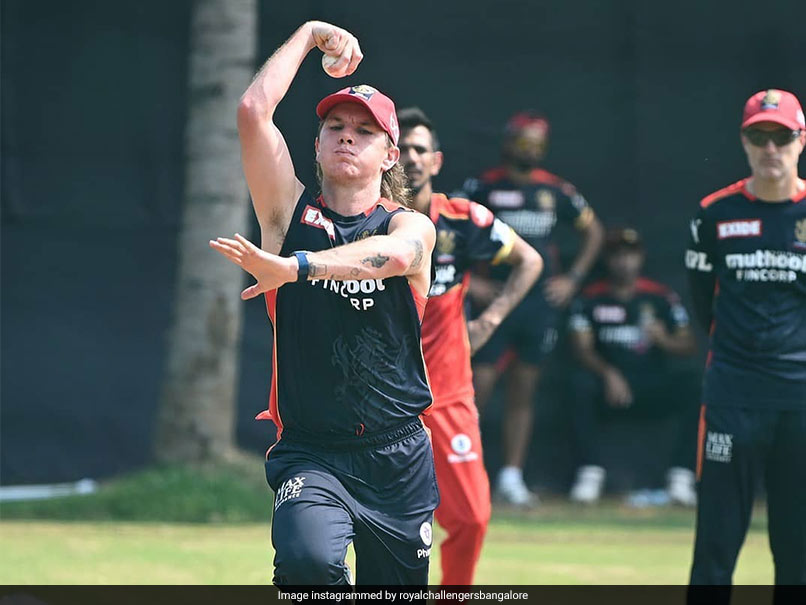 IPL 2021: Adam Zampa has reached Australia after choosing to leave RCB amid the IPL season.© Instagram

Australians Adam Zampa and Kane Richardson on Thursday returned home after withdrawing from the Indian Premier League (IPL) and on arrival, the leg-spinner clarified that his comments on "vulnerability" of bio-bubble had nothing to do with fear of the virus engulfing the controlled environment. A day after deciding to quit the league midway citing personal reasons, Zampa had said the bio-bubble put in place for the ongoing T20 event was the "most vulnerable" he has been a part of while also suggesting that it should have been held in UAE, like last year.

"Thanks to everyone for the messages of concern. Kane and I have both reached Melbourne safe and sound," Zampa said in a statement.

The Royal Challengers Bangalore duo landed in Melbourne after taking a connecting flight out of Doha.

".... My comments about the vulnerability of the IPL bubble had nothing to do with feeling like the virus would enter the bubble at any stage. The BCCI and RCB had many precautions to make us feel safe. I believe the tournament is in great hands and will definitely see the finish line," Zampa said.

There were concerns that the players may not be able to make it to Australia after their government temporarily suspended all flights out of India due to the resurgence of a deadly second wave of the COVID-19 pandemic.

Zampa thanked his franchise and BCCI for helping them with the logistics.

"... Thanks to RCB management for the way they dealt with the situation. As soon as we made the choice that we felt the right thing to do was to come home, they were fully supportive and did everything they could to help. Their understanding of the situation made the process a lot easier."

Zampa, who did not get a game this season after being bought for Rs 1.5 crore, said a lot of factors contributed to his decision to leave the IPL.

"I am understanding the velocity of the situation in India and my thoughts go out to the whole country. It was a personal choice to leave for several reasons."

As per the standard guidelines, Zampa and Richardson will spend the next two weeks in hotel quarantine.

Kane Richardson
Get the latest updates on ICC Women's Cricket World Cup 2022 and IPL 2022, check out the Schedule , Live Score and IPL Points Table. Like us on Facebook or follow us on Twitter for more sports updates. You can also download the NDTV Cricket app for Android or iOS.