AB de Villiers is winning plaudits after Virat Kohli shared a picture of himself and his wife Anushka Sharma relaxing in the pool with a magical sunset as the backdrop. 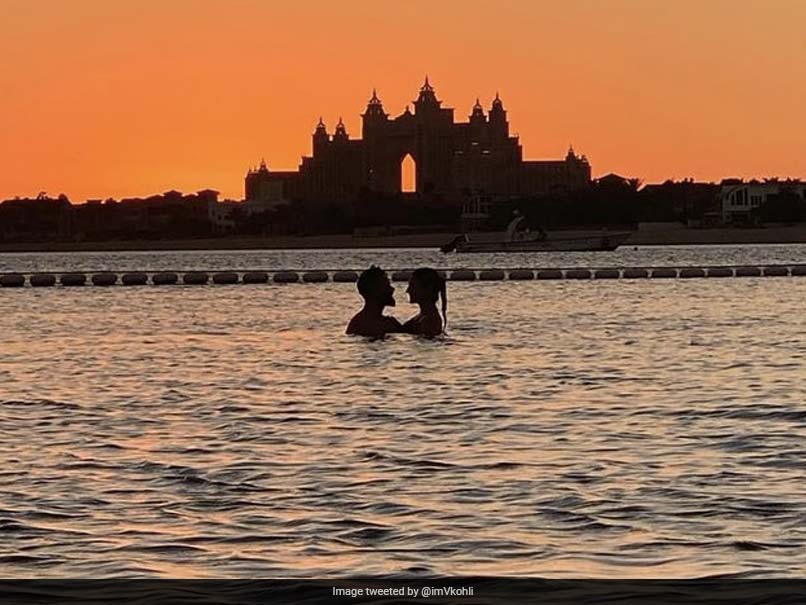 Virat Kohli wowed his fans on Twitter after posting a picture of himself and his wife Anushka Sharma, relaxing in the pool with a beautiful sunset giving them a helping hand. But for once it isn't the two Indian superstars who are being talking about. Instead, a certain AB de Villiers is winning the plaudits, but not because of his match-winning knock for Royal Challengers Bangalore on Saturday. Yes, you heard it right. Virat Kohli, in his Twitter post, gave AB de Villiers the picture credit, leaving fans in awe of the South African's many talents.

The picture immediately went viral on social media with fans coming in their numbers to salute AB de Villiers for his sterling job, not with the bat but the camera in hand.

Great pic. The photographer is excellent in whatever job he takes up

An appreciation for photoshoot pic.twitter.com/8dZbASr2Ry

@The_BeardMan_ how many things ab has to do man??.. wicket keeping, decision making, batting and now photographer.. being abd is tough.. Kohli using abd like anything.. .. we should file a complaint..

What else can this man not do...now photographer to his accolades lol

Now AB is clicking beautiful pictures too.... What can this man not do

The South African seems to be everywhere right now. Before clicking the absolute magical picture for Virat and Anushka, AB de Villiers was strutting his stuff on the cricket field.

The veteran batsman was at hand to bail RCB out of trouble and taking the team to an unlikely victory with a sensational knock against Rajasthan Royals on Saturday in Dubai.

RCB looked down and out after Kohli had departed for 43 with the team on 102 for in 13.1 over, chasing a target of 178. It seemed Rajasthan would finally have the victory they were so desperately looking for.

De Villiers, though, had other ideas, and smashed an unbeaten 55 off just 22 balls with a four and six sixes to give RCB two more points. Jaydev Unadkat was taken to the cleaners in the 19th over while even Jofra Archer wasn't spared as the South African finished off the game with a massive six over mid-wicket off the England pacer's bowling.

AB de Villiers IPL 2020 Cricket
Get the latest updates on SA vs IND 2021-22, check out the Schedule and Live Score . Like us on Facebook or follow us on Twitter for more sports updates. You can also download the NDTV Cricket app for Android or iOS.