SunRisers Hyderabad, barring their 2016 win, have largely flattered to deceive. Reinstated captain David Warner would be hoping for a second title in 2020. 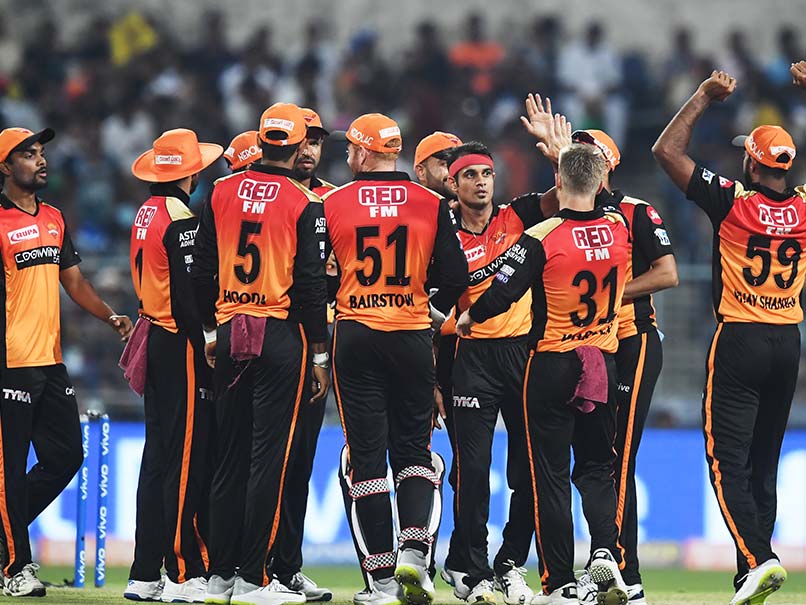 When SunRisers Hyderabadwon the Indian Premier League title in 2016, they were led by their talismanic captain David Warner. However, the Hyderabad-based team had to take away his captaincy in 2018, when he missed the IPL season due to his ban following the infamous sandpaper-gate scandal, with New Zealand skipper Kane Williamson taking over. This year, however, the team management has decided to re-instate the Australian opener as the captain, hoping that he can pull off a repeat of their glorious 2016 season.

SRH may not be one of the most talked about teams before each season, failing to garner the kind of hype attracted by the likes of Mumbai Indiansor Chennai Super Kings, but they are one of the most consistent teams, managing to reach the playoffs in each of the last four seasons.
While they boast of some of the top batsmen in the world in the form of Warner, Williamson and England opener Johnny Bairstow, it's their bowling line-up that really makes them a threat to their opposition.

In Rashid Khan and Bhuvneshwar Kumar, SunRisers have two very intelligent and skilled T20 bowlers, backed by the likes of India internationals Khaleel Ahmed and Siddharth Kaul. On top of all these stars, they also boast of Mohammad Nabi, who sits atop the ICC rankings for all-rounders in the shortest form of the game.

The team also have a few youngsters to look out for. Left-handed batsman Virat Singh is known for his hard-hitting abilities, while India's captain in the ICC Under-19 World Cup earlier this year, Priyam Garg, is also part of their roster.

Their IPL-winning captain is also the SunRisers' biggest threat with the bat. In the four seasons he has played for SRH, Warner has tallied 562, 848, 642 and 692 runs -- finishing with the Orange Cap in 2015, 2017 and 2019. Having formed a devastating partnership with Jonny Bairstow last year, he will be looking to lead from the front.

The ice-cool Kiwi skipper missed a majority of last season with injury, but will be looking for a repeat of his performance in 2018, when he led the team to the final, only for Shane Watson's heroics to rob them of their second title. Williamson scored 735 runs that season at a strike rate of 142.44 that season, and showed why he is considered part of the "Fab 4" of batting in world cricket.

The top-ranked bowler in the ICC ratings in T20s, Rashid Khan is a deadly leg-spinner, who has been a key cog of the SRH team since making his debut in the IPL. He was their star with the ball in 2018, when they made the final, taking 21 wickets and missed out on the Purple Cap by just one scalp. Khan is not too shabby with the bat either, and is also a brilliant fielder in the deep, making him one of SRH's most important players.

Bhuvneshwar Kumar, who has recently led SRH when Williamson has been out with injury, is among the crop of Indian fast bowlers who have lately garnered quite a bit of attention. While the seamer is well known for his ability to swing the ball both ways, what makes him a threat in the shortest format of the game is the wide arsenal of deliveries he possesses. From cutters and a deceptive knuckle-ball to toe-crushing yorkers, Bhuvneshwar has a wide range of options and he knows just when to use them. The seamer won the Purple Cap in their title-winning campaign and once again in the following year.

England and Australia may be bitter rivals when it comes to cricket, but when Jonny Bairstow and David Warner walk out to open the batting for SRH, they kick up a storm more often than not. Even though he has played only one season in the IPL, Bairstow showed his worth, scoring one century and two half-centuries at an average of 55.62 and a devastating strike rate of 157.24. Bairstow also provides a quick and safe pair of hands behind the stumps.

Other members of the squad:

Kane Williamson Cricket IPL 2020
Get the latest updates on ICC T20 Worldcup 2022, check out the Schedule and Live Score. Like us on Facebook or follow us on Twitter for more sports updates. You can also download the NDTV Cricket app for Android or iOS.