IPL 2020, RCB vs KKR: AB de Villiers will be itching to make amends for a duck against CSK on Saturday, but Sunil Narine will be just as eager to ensure another low score for the South African great. 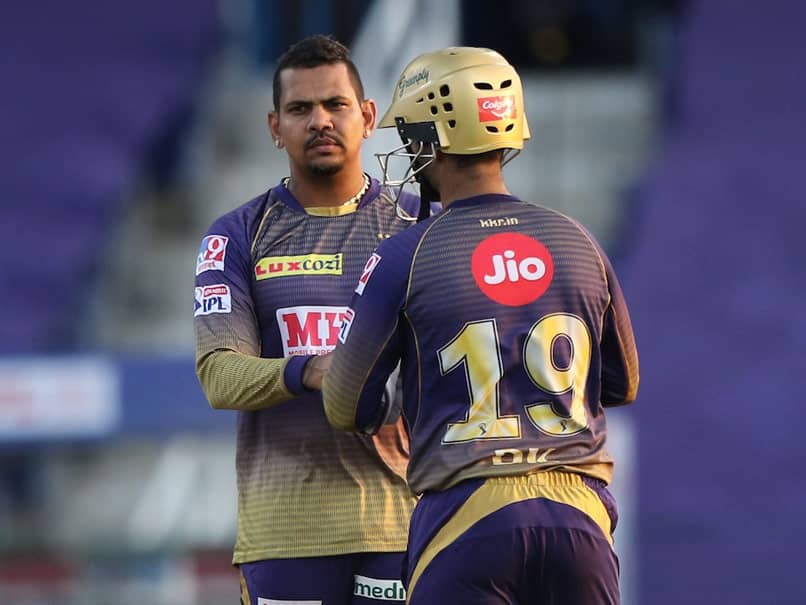 RCB vs KKR: Sunil Narine will look to get the better of AB de Villiers, and other RCB stars in Sharjah.© BCCI/IPL

Royal Challengers Bangalore (RCB) batsman AB de Villiers was dismissed for a duck against Chennai Super Kings (CSK) on Saturday when the two sides faced off in the Southern derby. De Villiers edged a cross-seamer from Shardul Thakur to wicketkeeper MS Dhoni, in what was an unexpected failure for the South African. Thakur celebrated with great enthusiasm, realising the rarity of the moment with the dismissal of the South African batsman for a low score, not a frequent sight. De Villiers will be itching to make amends and get back amongst the runs against Kolkata Knight Riders (KKR) on Monday at the Sharjah Cricket Stadium. Windies spinner Sunil Narine who emerged as the hero during KKR's previous Indian Premier League (IPL) 2020 league match against Kings XI Punjab (KXIP), will however look to ensure the barren run continues.

Narine was handed the ball by skipper Dinesh Karthik, with KXIP needing 22 runs off 18 deliveries. The spinner conceded just two runs off his over, before going on to defend 14 runs off the last over against Glenn Maxwell. The 32-year-old will be high on confidence and eager to add to his tally of five wickets in six matches, at an average of 35.60 and strike rate of 26.40.

Narine will, however, have to bring all his variations and experience into play against a fired-up De Villiers who will be eager to get his third half-century in the ongoing edition. An exciting battle between two of the best players in the shortest format of the game awaits.

Sunil Narine IPL 2020 Royal Challengers Bangalore vs Kolkata Knight Riders, Match 28 Cricket
Get the latest updates on IPL 2020, check out the IPL Schedule for 2020 and Indian Premier League (IPL) Cricket live score . Like us on Facebook or follow us on Twitter for more sports updates. You can also download the NDTV Cricket app for Android or iOS.