IPL 2020 Orange Cap and Purple Cap holder list: Rashid Khan moved up to 3rd in the race for the Purple Cap thanks to his 3-wicket haul vs Delhi Capitals. 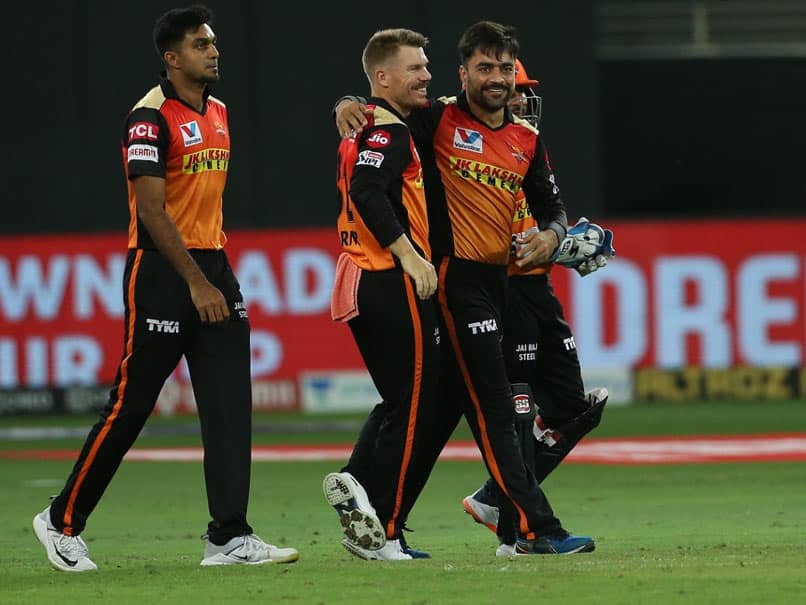 SunRisers Hyderabad thrashed Delhi Capitals by 88 runs to keep alive their hopes of qualifying for the playoffs. Wriddhiman Saha and David Warner's 107-run partnership powered SRH to 219/2 before their bowling attack knocked DC over for 131 to claim a crucial win. DC, who were second in the Indian Premier League (IPL) 2020 points table coming into the match, have now slipped to third behind Royal Challengers Bangalore, as their Net Run Rate took a beating after the big defeat.

SunRisers Hyderabad are now sixth in the table, with 10 points off 12 games. They are above Rajasthan Royals on NRR, and two points below Kings XI Punjab and Kolkata Knight Riders, who are at 4th and 5th respectively.

With SRH boasting of a higher NRR than KKR, KXIP and RR, the win is a major boost for their qualifying hopes.

RCB, with a 0.092 NRR are now second, as DC's NRR slipped to 0.03. They are both tied on 14 points with table-toppers Mumbai Indians, who have the highest NRR in the league.

Purple Cap holder Kagiso Rabada went wicketless, for the first time in 26 IPL games, and stays at 23 wickets. Rashid Khan took three wickets for just seven runs against Delhi Capitals and has moved third in the race for the Purple Cap.

While Mohammed Shami is behind Rabada with 20 wickets, Rashid is tied on 17 wickets with Jofra Archer and Jasprit Bumrah, but he boasts of a better economy rate.

Birthday boy David Warner's 34-ball 66 took him up a few places to go third in the race for the Orange Cap. KXIP captain KL Rahul is still the leading run-scorer this season, with 595 runs under his belt.

RCB and MI will face off on Wednesday in an important top-of-the-table clash.

Kagiso Rabada IPL 2020 Cricket
Get the latest updates on IPL 2021, IPL Points Table , IPL Schedule 2021 , live score . Like us on Facebook or follow us on Twitter for more sports updates. You can also download the NDTV Cricket app for Android or iOS.