IPL 2020, Mumbai Indians vs SunRisers Hyderabad Highlights: Mumbai choke SRH at the death in Sharjah as they win by 34 runs after scoring 208. 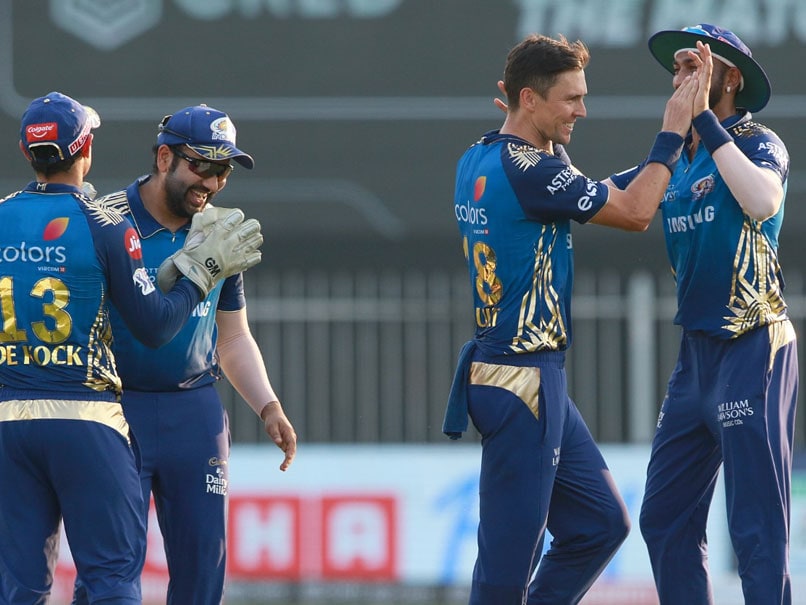 Jasprit Bumrah removes Abdul Samad and Abhishek Sharma in the 19th and Kieron Pollard gives nothing away in the final over as Mumbai Indians pocket this match in Sharjah. David Warner got stuck in as SunRisers Hyderabad remained on course to chase 209. But he was dismissed for 60 by James Pattinson. Manish Pandey smashed 30 off 19 to make up for the loss of Jonny Bairstow, who hammered 25 off just 15 balls to give SRH a good start against Mumbai Indians. A slower ball by Trent Boult got Bairstow dismissed inside the Powerplay and another slower one by James Pattinson brought about Manish's fall. Earlier, Hardik Pandya and Kieron Pollard got going at the death as they crossed 200 and finished 208/5 in their 20 overs. Krunal Pandya's final-over flourish – 6, 4, 4, 6 off the last four balls gave Mumbai the momentum going into the second innings. Pollard remained unbeaten on 25 off 13 even as Hardik was dismissed in the last over for 28 off 19. Quinton de Kock set things up for Mumbai with 67 off just 39 balls. (SCORECARD)

Jonny Bairstow Sharjah Cricket Association Stadium, Sharjah IPL 2020 Cricket Mumbai Indians vs Sunrisers Hyderabad, Match 17 Live Score Live Cricket Score Live Blogs
Get the latest updates on India vs South Africa and check out  Schedule, Results and Live Score. Like us on Facebook or follow us on Twitter for more sports updates. You can also download the NDTV Cricket app for Android or iOS.