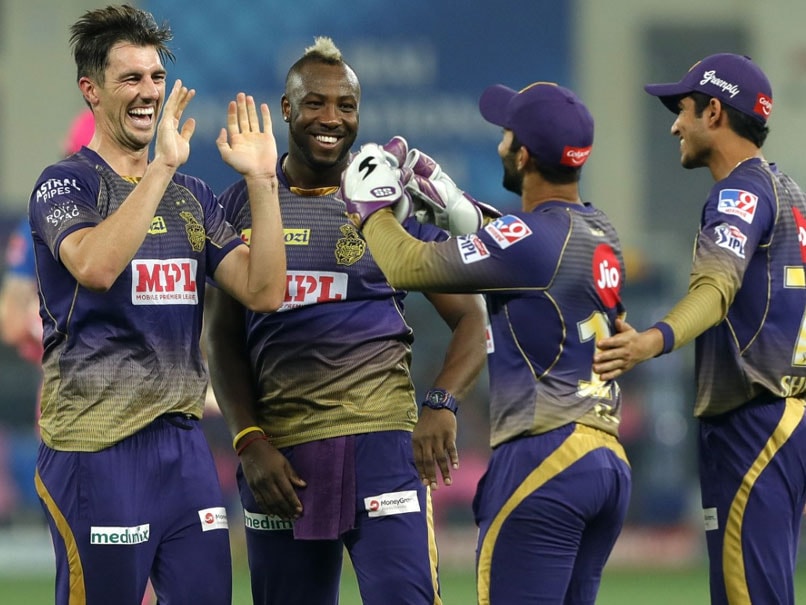 IPL 2020, KKR vs RR: Pat Cummins was the pick of the bowlers, accounting for 4 wickets.© BCCI/IPL

Kolkata Knight Riders (KKR) defeated Rajasthan Royals (RR) by 60 runs in Match 54 of the Indian Premier League (IPL) 2020 at the Dubai International Cricket Stadium on Sunday. KKR posted a total of 191 runs for the loss of seven wickets in 20 overs, after being sent in to bat. Skipper Eoin Morgan was the highest run-scorer, smashing 68 runs off 35 deliveries. Morgan's innings comprised of five boundaries and six sixes. Andre Russell further made his presence felt with a 11-ball 25 in an innings comprising of a boundary and three sixes. Rahul Tewatia was the pick of the bowlers, accounting for three wickets. Karthik Tyagi further chipped in with two wickets. The RR batsmen started the chase on a strong note, with openers Ben Stokes and Robin Uthappa scoring 19 runs off the opening over bowled by Pat Cummins. However, Cummins made a strong comeback accounting for the openers and skipper Steve Smith in quick succession. The Rajasthan batsmen failed to recover from this early jolt, eventually scoring just 131 runs for the loss of nine wickets. Cummins was the pick of the bowlers, accounting for four wickets. Shivam Mavi and Varun Chakravarthy further chipped in with two wickets apiece. (SCORECARD)

Ben Stokes Live Score Live Cricket Score Live Blogs Cricket
Get the latest updates on IPL 2021, check out the IPL 2021 Schedule and Indian Premier League Live Score . Like us on Facebook or follow us on Twitter for more sports updates. You can also download the NDTV Cricket app for Android or iOS.