SRH vs KKR IPL Highlights 2020: Lockie Ferguson's brilliant bowling display, first in the regulation play and then in the Super Over, guided Kolkata Knight Riders to a thrilling win over SunRisers Hyderabad. 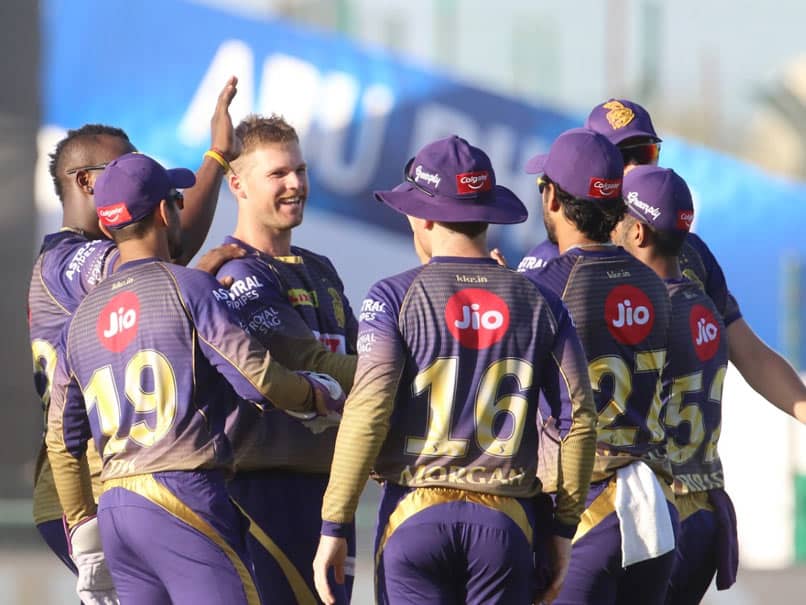 Lockie Ferguson's brilliant bowling display, first in the regulation play and then in the Super Over, guided Kolkata Knight Riders to a thrilling win over SunRisers Hyderabad in Abu Dhabi on Sunday. Ferguson, playing his first game of the season, picked two wickets in quick succession to bring KKR back in the game after SRH openers Kane Williamson and Jonny Bairstow got their side off to a flying start, adding 57 runs in the Powerplay. He got rid of Williamson, Priyam Garg and Vijay Shankar and returned with an impressive figures of 3/15 in his four-over spell. He gave away only two runs in the Super Over and dismissed David Warner and Abdul Samad inside three balls. With this win, KKR consolidated their position in the top-half of the points table with five wins from nine games, while SRH are fifth with just three wins under their belt. (SCORECARD)

Andre Russell IPL 2020 Sunrisers Hyderabad vs Kolkata Knight Riders, Match 35 Live Score Live Cricket Score Live Blogs Cricket
Get the latest updates on IPL 2020, check out the IPL Schedule for 2020 and Indian Premier League (IPL) Cricket live score . Like us on Facebook or follow us on Twitter for more sports updates. You can also download the NDTV Cricket app for Android or iOS.