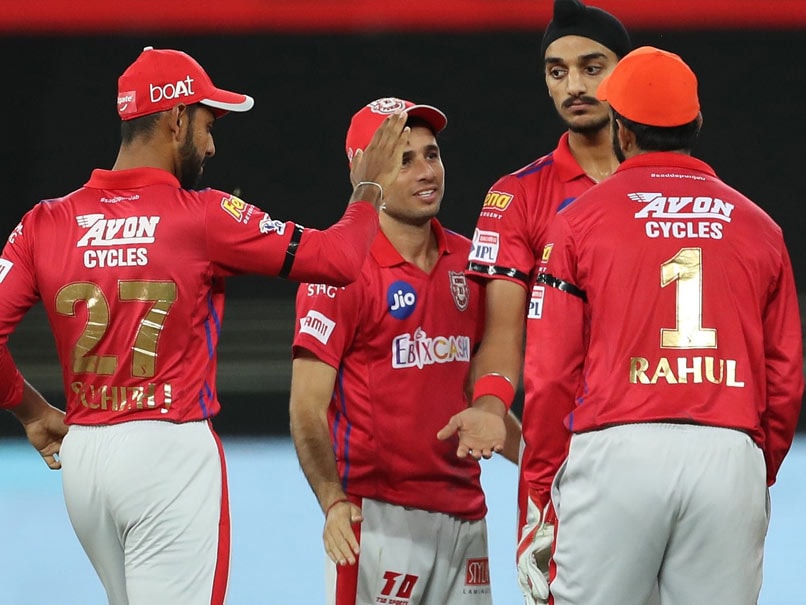 KXIP vs SRH: Arshdeep Singh was amongst the top performers, accounting for three wickets.© BCCI/IPL

Kings XI Punjab (KXIP) defeated SunRisers Hyderabad (SRH) by 12 runs in the 43rd match of IPL 2020 at the Dubai International Cricket Stadium. KXIP managed to defend a paltry total of 127, on the back of a brilliant performance from the bowling attack. Arshdeep Singh and Chris Jordan accounted for three wickets apiece, with some tight bowling from Ravi Bishnoi. SRH got off to a strong start with openers David Warner and Jonny Bairstow smashing 52 runs in the powerplay. However, the KXIP bowlers pulled things back in their favour with some quick wickets, eventually bowling out SRH for 114. Earlier, KXIP were restricted to a total of 126 runs for the loss of 7 wickets in 20 overs. The batsmen failed to make much of an impact against a disciplined SRH bowling attack. Even a big-hitter like Nicholas Pooran scored just 32 runs off 28 deliveries, finishing as the highest run-scorer. Sandeep Sharma, Rashid Khan and Jason Holder accounted for two wickets apiece. (SCORECARD)

Jonny Bairstow Live Score Live Cricket Score Live Blogs Cricket
Get the latest updates on India vs Australia and check out  Schedule, Results and Live Score. Like us on Facebook or follow us on Twitter for more sports updates. You can also download the NDTV Cricket app for Android or iOS.