IPL 2020: Rajasthan Royals will host Delhi Capitals and Kolkata Knight Riders on April 5 and 9 respectively at the Barsapara Stadium, Guwahati. 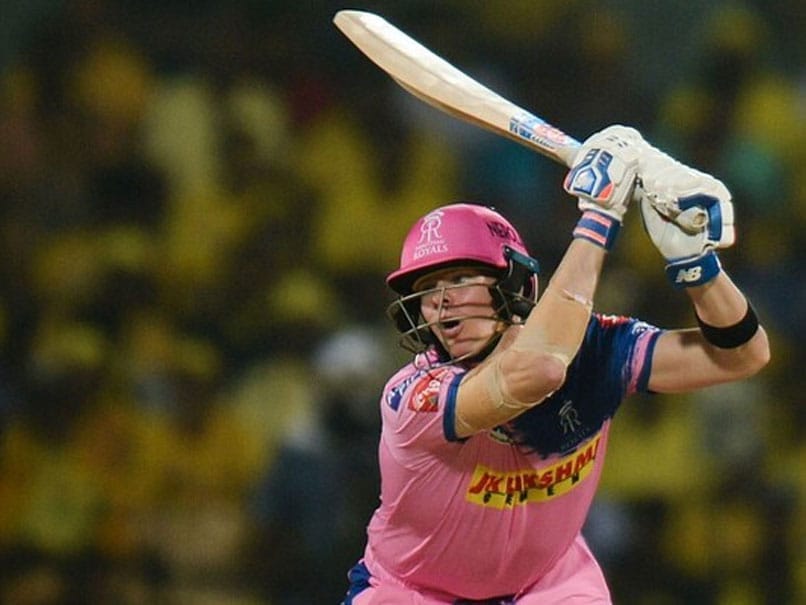 IPL 2020: Steve Smith is set to lead Rajasthan Royals in the upcoming edition of IPL.© AFP

Rajasthan Royals will be playing two of their home games in Guwahati in the upcoming edition of the Indian Premier League (IPL). Rajasthan Royals will host Delhi Capitals and Kolkata Knight Riders on April 5 and 9 respectively at the Barsapara Stadium. Both the games will be played in the evening having an 8 p.m. start, as per a BCCI release. The Rajasthan-based franchise will begin their IPL 2020 campaign against Chennai Super Kings at the MA Chidambaram Stadium in Chennai.

Guwahati are you ready

The franchise earlier decided to use the facilities at the Barsapara Cricket Stadium for a three-day camp that will help them get a hang of conditions in what will be their second home ground.

Speaking to IANS, sources in the know of development said that the RR boys will train from Thursday to Saturday in Guwahati with Robin Uthappa being one of the big names who will be a part of the training sessions which will be overseen by Head of Cricket Zubin Bharucha, batting coach Amol Muzumdar and fielding coach Dishant Yagnik.

"The boys will train from Thursday to Saturday with Uthappa definitely being a part of the camp. Some other big domestic names might be there, but it also depends on how they are placed with their Ranji Trophy teams which will be battling it out in the semi-finals. The whole idea is to get a hang of conditions because if we get the clearance from the court, it will be our second home ground," the source had said.

The BCCI release further said that the six afternoon games this year will be played at 4 p.m. while the evening games will have a scheduled start of 8 p.m.

Robin Uthappa Barsapara Cricket Stadium, Guwahati IPL 2020 Cricket
Get the latest updates on ICC T20 Worldcup 2022 and CWG 2022 check out the Schedule, Live Score and Medals Tally. Like us on Facebook or follow us on Twitter for more sports updates. You can also download the NDTV Cricket app for Android or iOS.