IPL 2020 Orange Cap and Purple Cap holder list: Trent Boult picked up a four-wicket haul to take his tally of wickets to 16 in this year's IPL. 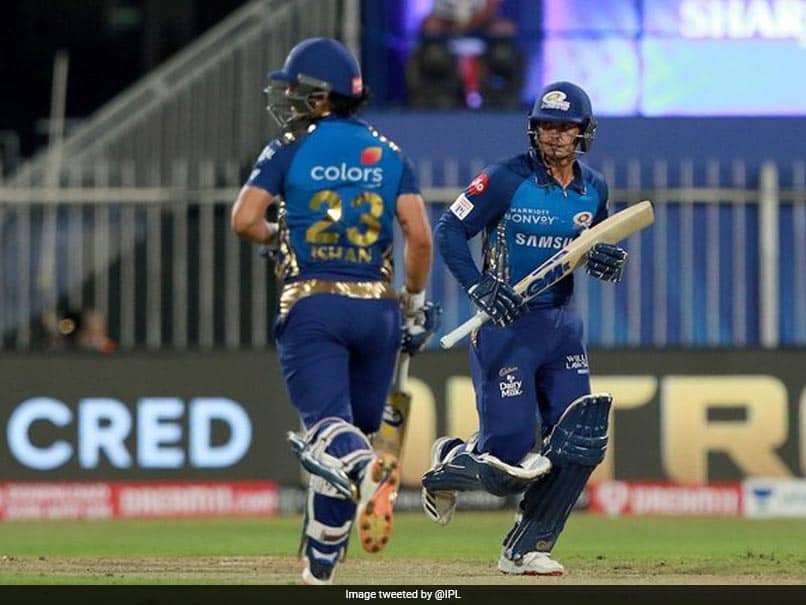 IPL Points Table: Mumbai Indians are on top of the table thanks to a better net run-rate.© Twitter

Mumbai Indians defeated Chennai Super Kings by 10 wickets to jump to the top spot on the Indian Premier League 2020 points table on Friday. Mumbai Indians, without their regular skipper Rohit Sharma, put on a clinical show to outclass last year's runners up to register their seventh win this season. Three teams, MI, Delhi Capitals and Royal Challengers Bangalore are all at 14 points each. MI and DC are one and two on the table respectively on the basis of a better net run rate. RCB are third while Kolkata Knight Riders sit fourth on the table. SunRisers Hyderabad, Kings XI Punjab and Rajasthan Royals are tied at 8 points each while CSK are on the bottom of the table with just six points in IPL 2020.

Quinton de Kock, who remained unbeaten on 46 on Friday, went past Virat Kohli to take the fifth position in the Orange Cap race, which is dominated by Kings XI Punjab skipper KL Rahul. KL Rahul has 540 runs from 10 matches.

Shikhar Dhawan, who became the first batsman in IPL's history to score back-to-back centuries, is second on the list with 465 runs to his name.

Mayank Agarwal is third on the list with 398 runs in this year's IPL. Faf du Plessis could only muster one run against Mumbai on Friday and he has scored 376 runs in 11 matches.

Kagiso Rabada holds the Purple Cap with 21 wickets from 10 matches.  Trent Boult jumped to third place in race for the leading wicket taker this season with a four wicket-haul on Friday. He has picked up 16 wickets so far this year.

Bumrah too added a couple of wickets to take his tally to 17 wickets this season.