Mumbai Indians have reached where no other team has by winning a record four IPL titles. This season they would look to add a fifth. 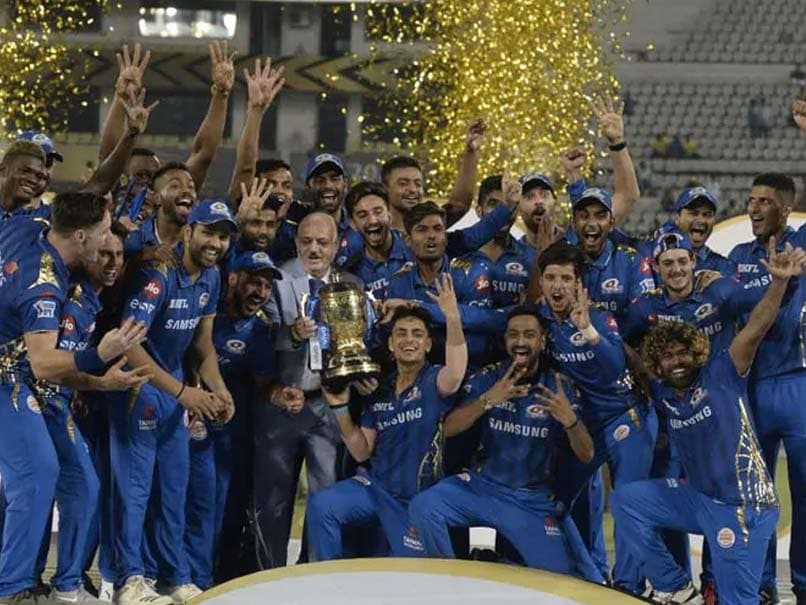 After the thrills of the IPL 2019 final where Lasith Malinga's final-over heroics won Mumbai Indians the title on the final ball of the match, it will be the quietness of the UAE this year where the IPL will be staged away from the humdrum of a bustling Wankhede Stadium. Malinga, the hero of the final last year, will also be absent - he has pulled out of IPL 2020for personal reasons. However, with the likes of captain Rohit Sharma, Kieron Pollard, Quinton de Kock, Hardik Pandyaand Jasprit Bumrah in their midst, Mumbai have a strong chance of claiming a record fifth IPL title.

The acquisition of Chris Lynn, the big-hitter from Australia, who has experience of playing in the UAE unlike some of his teammates, could also be useful.

The third-highest scorer in IPL history, Rohit Sharma is the only IPL captain to win the title four times. An opener in international limited-overs cricket, he has been adept at batting at the top of the order as well as in the middle order, given Mumbai's problem of plenty at the top. However, despite the presence of Chris Lynn as an established opening batsman, Mumbai have decided to stick with Rohit Sharma and Quinton de Kock as openers in their starting XI.

The wicket-keeper batsman from South Africa has played 50 IPL matches and with more than seven years of international cricket behind him, he is a senior member of the squad. De Kock has his task cut out in terms of opening the batting with Rohit and keeping wickets. He forged a good opening partnership with Suryakumar and Rohit last season and was integral to Mumbai's title win.

The Mumbai-born homegrown talent has paid off big time for Mumbai Indians, too, as in the past two IPL seasons Suryakumar has accumulated nearly 1000 runs at a strike rate of more than 130. He has hit six fifties in the past two seasons and his partnership with de Kock and Rohit at the top of the batting order have been instrumental to Mumbai's success.
IPL Record:
Matches: 85
Runs: 1548
Highest: 72
Strike rate: 131.96
Catches: 42

A lower-order hitter and a sixth bowler to go to when any of your main bowlers have an off day make Pandya a vital cog in Mumbai's wheel. A strike rate of 191.42 in IPL 2019 when he smashed 402 runs with more sixes (29) than fours (28) shows how important Pandya has been for Mumbai in recent times. However, the all-rounder is returning from a long injury layoff, which exacerbated after a brief comeback for India last year, and could be rusty.
IPL Record:
Matches: 66
Runs: 1068
Highest: 91
Strike rate: 154.78
Catches: 43
Wickets: 42
Best: 3/20
Econ: 9.06

A death-overs bowler who can move the new ball and get wickets up front, too, is doubly-dangerous for the opposition batsmen. Bumrah's meteoric rise in world cricket started from Mumbai Indians, who launched him as a teenager in 2013. He picked up 19 wickets for Mumbai last season and finished as the team's top wicket taker.
IPL Record:
Matches: 77
Wickets: 82
Best: 3/7
Economy: 6.63

Quinton de Kock IPL 2020 Cricket
Get the latest updates on ICC T20 Worldcup 2022 and CWG 2022 check out the Schedule, Live Score and Medals Tally. Like us on Facebook or follow us on Twitter for more sports updates. You can also download the NDTV Cricket app for Android or iOS.