IPL 2020, SRH vs MI: Such has been the IPL 2020 performance, that at least a couple of teams fortunes still hang in balance with the last league match looming. 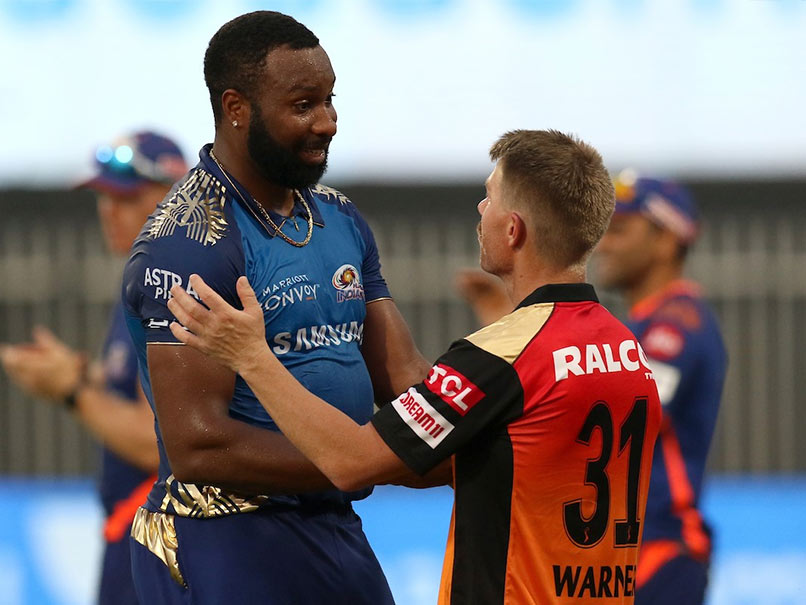 SRH vs MI: SRH will have to beat Mumbai Indians in the last league match in order to reach the playoffs.© BCCI/IPL

SunRisers Hyderabad, thanks to their own erratic performances in IPL 2020, will have to go out and beat Mumbai Indians in the last league match in order to make it through to the knockout matches. But then, they are not the only ones, since Kolkata Knight Riders and even the losers of Monday's match between Delhi Capitals and Royal Challengers Bangalore will be watching. Such has been the topsy-turvy world of the IPL 2020 league stage. With 12 points from 13 matches and Net Run Rate (NRR) of +0.555, SRH, if they win, will push KKR off the brink for sure while even the losers from among DC and RCB will be holding their breath, depending on how badly they lose.

SRH have made a fist of things in the last few matches, with consecutive wins over Delhi Capitals and Royal Challengers Bangalore, two of the sides still in the race for the play-offs.

One could almost be tempted to say that they are back in form, but SRH have two major issues to face – one, they are not consistent and two, Mumbai Indians hardly ever lose.

MI could be excused if they took the foot off the gas, but that is just not in their DNA. They have played hard, even harder, it would seem, after qualifying and they are not going to give SRH an inch.

David Warner will be keen to keep the winning momentum alive, but that is easier said than done. This will be quite a battle though, since the Australian is not the one to give up easily.

SRH definitely have the weapons and the will. Whether they have the luck, only time will tell.

David Warner IPL 2020 Sunrisers Hyderabad vs Mumbai Indians, Match 56 Cricket
Get the latest updates on ICC T20 Worldcup 2022 and CWG 2022 check out the Schedule, Live Score and Medals Tally. Like us on Facebook or follow us on Twitter for more sports updates. You can also download the NDTV Cricket app for Android or iOS.