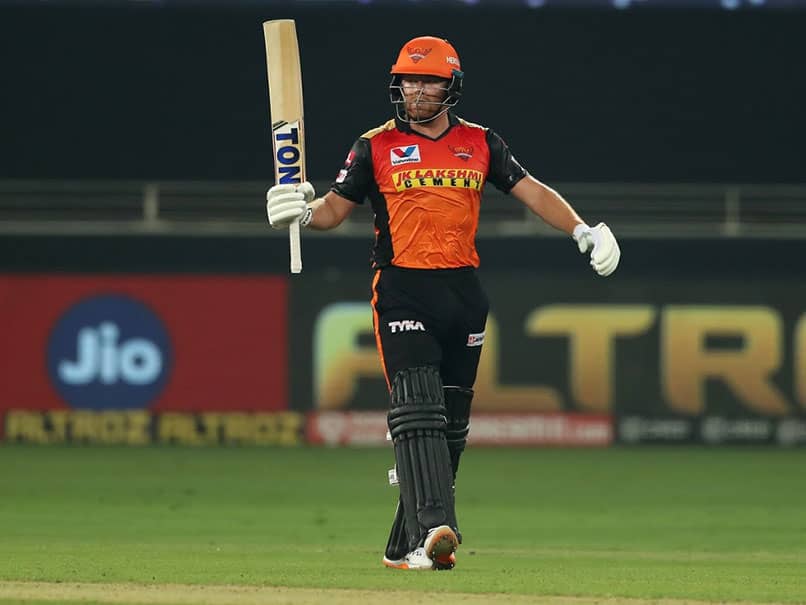 SRH vs RR: Jonny Bairstow will look to get one over his England teammate Jofra Archer.© BCCI/IPL

The match between SunRisers Hyderabad and Rajasthan Royals at the Dubai International Stadium will see a battle between two English powerhouses. While Jonny Bairstow has been SRH's highest run-scorer this season, Jofra Archer is Rajasthan Royals' leading wicket-taker. With SRH's middle-order not being the most reliable one, RR captain Steve Smith will know that getting Bairstow and his opening partner David Warner out early will be essentials, and the England express pacer will be his biggest go-to weapon at the top.

The fact that Archer and Bairstow play for England makes it an even more exciting contest, as both players would know each other well and have an insight on what the other is thinking or trying to execute.

The two may have won the World Cup together, but they will be baying for each other's blood on Sunday.

Bairstow has hit 241 runs this season and with three half-centuries, has been their most critical batsman. His opening partner and captain David Warner is right behind him in the run charts, but has not been able to play with the kind of fluency Bairstow has shown.

In SRH's last game, the English opener hammered 97 off 55 deliveries to set up a huge win over Kings XI Punjab.

Archer, on the other hand, has consistently delivered with big wickets for his team. With eight scalps, he has been their most prolific bowler.

Archer has also made significant contributions with the bat in the death overs with his big-hitting abilities often helping Rajasthan Royals.

Jofra Archer IPL 2020 Sunrisers Hyderabad vs Rajasthan Royals, Match 26 Cricket
Get the latest updates on India vs England Series, India vs England , live score and IPL 2021 Auction . Like us on Facebook or follow us on Twitter for more sports updates. You can also download the NDTV Cricket app for Android or iOS.