IPL 2020: Rajasthan Royals' wicketkeeper-batsman Jos Buttler has finished his quarantine and is expected to play his first match of the season against KXIP. 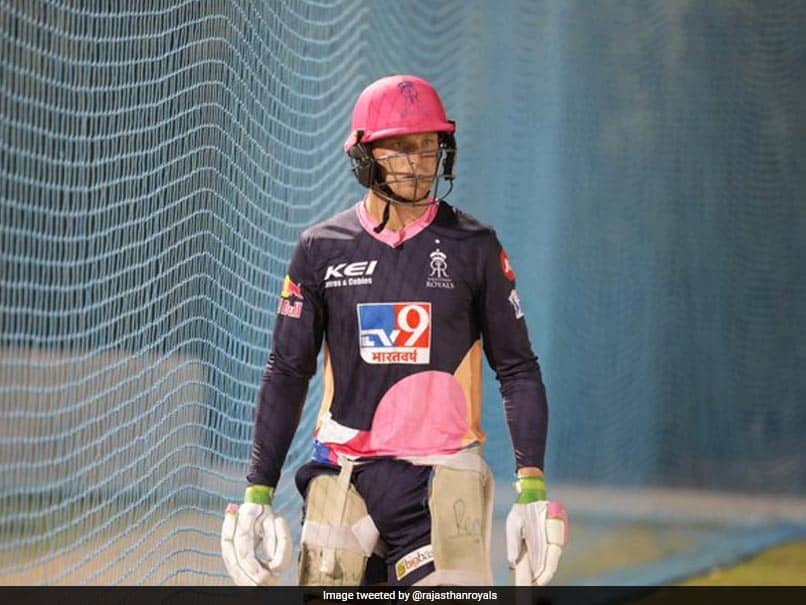 IPL 2020: Jos Buttler is back in training with Rajasthan Royals after completing his quarantine.© Twitter

Sanju Samson will like to continue his dream form while the presence of Jos Buttler puts Rajasthan Royals on even keel with Kings XI Punjab in an IPL game which promises to be yet another six-hitting contest. Coming into the match after morale-boosting victories, both KXIP and the Royals would look to build a winning momentum after starting the tournament as underdogs. Buttler, who missed the first match due to quarantine rules as he reached the UAE separately with his family, is expected to open alongside Yashashvi Jaiswal while Steve Smith will take David Miller's position in the batting order. Tom Curran and Jofra Archer will again complete the four-player overseas quota.

"I am really excited to play my first game, it was great to be back in training with the boys, there's a great vibe around the team so I'm really looking forward to taking the field," Buttler said on the eve of the match.

"The atmosphere and energy around the squad is fantastic, obviously lots of confidence after that first game. The training has been very energetic, guys are lively and enjoying each other's company. So expecting a really tough match against Kings XI," Buttler said after a net session at Sharjah ground.

KL Rahul, touted as a future India captaincy material, plundered a record 132 not out off just 69 balls with the help of seven sixes in a much bigger ground in Dubai to lead KXIP to a resounding 97-run win over Royal Challengers Bangalore. He did get reprieve twice when his opposite number Virat Kohli dropped a couple of sitters.

The 28-year-old Rahul, one of the cleanest hitters of the ball, notched up the highest score by an Indian in IPL history and he would like to continue in the same vein on a ground which has short boundaries on all sides.

"KL Rahul was in exceptional form the other night against RCB, so he will be a key wicket as always and I think we'll see another potentially high-scoring game at Sharjah with small boundaries and the dew factor coming in," the prolific keeper-batsman said.

The young Samson, on the other hand, made mincemeat of the Chennai Super Kings bowlers, hitting nine sixes in his 32-ball 74 before Jofra Archer joined the party with a four-six burst in the final over in the match played at the same venue in Sharjah on Tuesday.

The Royals' captain Smith also chipped in with a 47-ball 69 while playing his first match after concussion related issues in the United Kingdom.

"Great to get a win on the board, the team played fantastically well in the first game. It was an outstanding batting performance and a fantastic bowling performance in tough bowling conditions," Buttler said, praising his colleagues.