IPL 2020, CSK vs RR: Sanju Samson was named Man of the Match for his knock of 74 runs from just 32 balls which helped Rajasthan Royals reach 216/7. 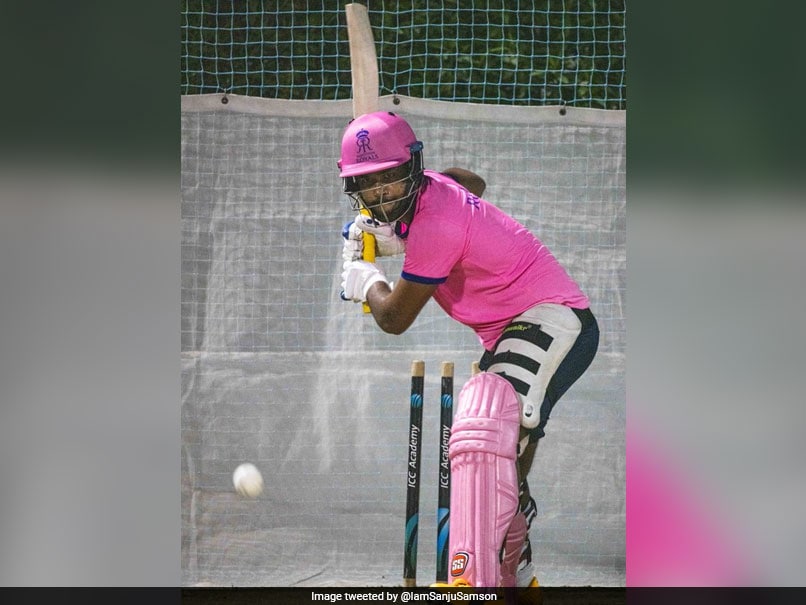 After playing a magnificent knock of 74 runs from just 32 balls against Chennai Super Kings, Rajasthan Royals' wicket-keeper batsman Sanju Samson said that he worked on his power-hitting ability during the coronavirus-induced lockdown. His remark came after the team's 16-run win over CSK in the Indian Premier League (IPL) at the Sharjah Cricket Stadium. Samson was named Man of the Match for his knock of 74 runs from just 32 balls which helped Rajasthan Royals reach 216/7 in the allotted twenty overs. Skipper Steve Smith made 69 runs. The game-changing moment came in the final over of Rajasthan's innings with Jofra Archer smashing CSK's Lungi Ngidi for 30 runs.

"My game plan is to stand and deliver. If it's in the arc I go for it, and it's very important to keep the intent to hit the ball if it's there to be hit. I've been working hard on my fitness, diet and training, and on my strength, because my game relies a lot on power hitting," Samson said at the post-match presentation.

"I think range-hitting is what the game demands in this generation. I had time to work out in these five months, and I think I have increased that ability. Everyone likes to keep wickets and no one likes running around, but it's up to the coach. We are happy to bring smiles on the fans' faces and we hope to continue doing so," he added.

During the course of his innings, Samson smashed nine sixes and one four to help Rajasthan cross the 200-run mark.

While defending the score, Rahul Tewatia took three crucial wickets - Shane Watson, Sam Curran and Ruturaj Gaikwad. The spinner ended up with the figures of 3-37 from his four overs.

For CSK, Faf du Plessis top-scored with 72 from just 37 balls. The MS Dhoni-led side posted 200 in the end but lost the match by 16 runs.

Sanju Samson Cricket
Get the latest updates on ICC T20 Worldcup 2022 and CWG 2022 check out the Schedule, Live Score and Medals Tally. Like us on Facebook or follow us on Twitter for more sports updates. You can also download the NDTV Cricket app for Android or iOS.