It will take some time to see MS Dhoni - the finisher, that everyone is waiting for, says Chennai Super Kings head coach Stephen Fleming as his side fell short in its run chase against Rajasthan Royals despite having the former India captain at the crease. 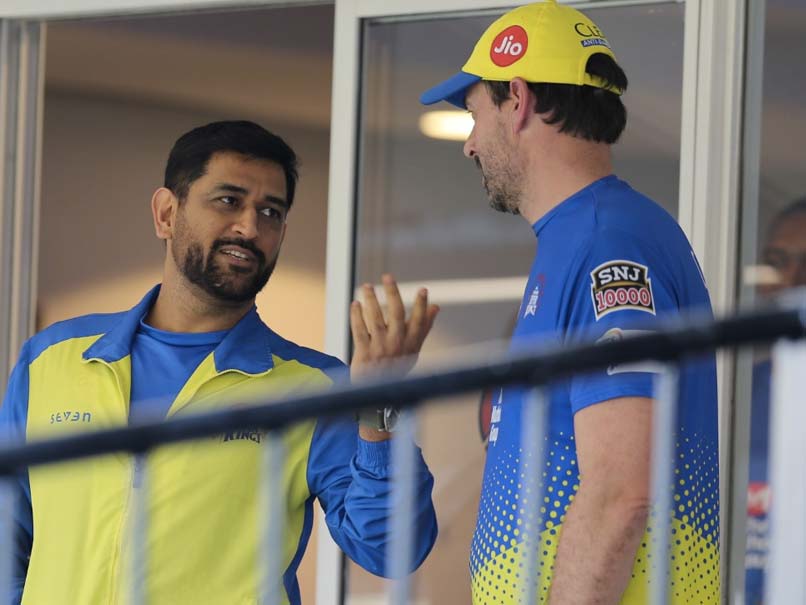 It will take some time to see MS Dhoni - the finisher, that everyone is waiting for, says Chennai Super Kingshead coach Stephen Fleming as his side fell short in its run chase against Rajasthan Royals despite having the former India captain at the crease. Dhoni came out to bat at number seven in Tuesday's match and took time to settle down before unleashing his powerful shots. By the time he found his range, he did not have much balls at his disposal to knock off the required runs. They eventually lost the match by 16 runs with Dhoni staying unbeaten on 29 off 17 balls.

Dhoni argued that the extended two-week quarantine of his side hampered his preparations as he did not get enough time for practice.

"We have this question every year. He was in in the 14th over, which is pretty much optimal time, and sort of batted accordingly. He is coming back from not playing a huge amount of cricket," Fleming said at the post-match press conference.

"So, the expectations to see him at his best is gonna take some time. But you see him towards the end, he was very good. Faf du Plessis carried the form, so we weren't too far away. It wasn't the batting that was the worry to be honest."

Dhoni sent the likes of Sam Curran and Kedar Jadhav ahead of him.

Asked about the rationale behind the move, the former New Zealand captain said, "MS is a specialist towards the end of the innings, always has been. Curran was there trying to hit and keep us in the game at that point when we were falling behind. He's got good hitting power like we saw."

"Rituraj...it was his first game and we wanted to get him into the game into the order. We wanted to be aggressive, we've got a long batting order and we're just trying to use our resources smartly."

Fleming said his spinners were slow in adjusting the length of their deliveries (they bowled overpitched). Sanju Samson (74) was on fire against their spinners.

"Their (RR) hitting was very good in the 8 overs they faced. It was a good surface (to bat) and we were slow on adjusting. We did not adjust quickly. There was intent to adjust but execution was poor.

"So it was dangerous time and we had to just hang in there and try. We came close to pulling back to a manageable score but that last over took us out of reach."

Royals' tail-ender Jofra Archer hit Lungi Ngidi four sixes in the final over which yielded 30 runs to take the total to 216 for 7.

Royals' captain Steve Smith said Samson's brilliant performance has given him more options at top of the order.

"Samson takes the game head on and he hit some seriously good sixes. He has a positive intent and my role was to give him more strike. Fortunately it worked well," Smith, who was playing his first match after suffering concussion related issues in the United Kingdom, said.

"It gives more options. Samson played incredibly well. It seems everything he was hitting was going for a six. It was a serious innings. Jos (Buttler) coming for next game it is a big plus for us. Jofra (Archer) at the back end was absolutely amazing."

The star Australian batsman, however, said that Buttler is likely to bat as opener in their next game.

"We will wait and see. It gives options, does not it. We will do what we think is the best. Jos obviously has an incredible record on top. He probably slots himself back and it gives options for sure."

Talking about Jofra's batting heroics, Smith said, "Jofra at the end was magnificent, getting us up to that total. He loves batting, he is a terrific player for us and did well with the ball as well."

MS Dhoni Stephen Fleming IPL 2020 Cricket
Get the latest updates on India vs South Africa and check out  Schedule, Results and Live Score. Like us on Facebook or follow us on Twitter for more sports updates. You can also download the NDTV Cricket app for Android or iOS.