IPL 2020, KKR Vs SRH: Having lost their opening encounters, Kolkata Knight Riders and SunRisers Hyderabad would be keen to put points on the table. 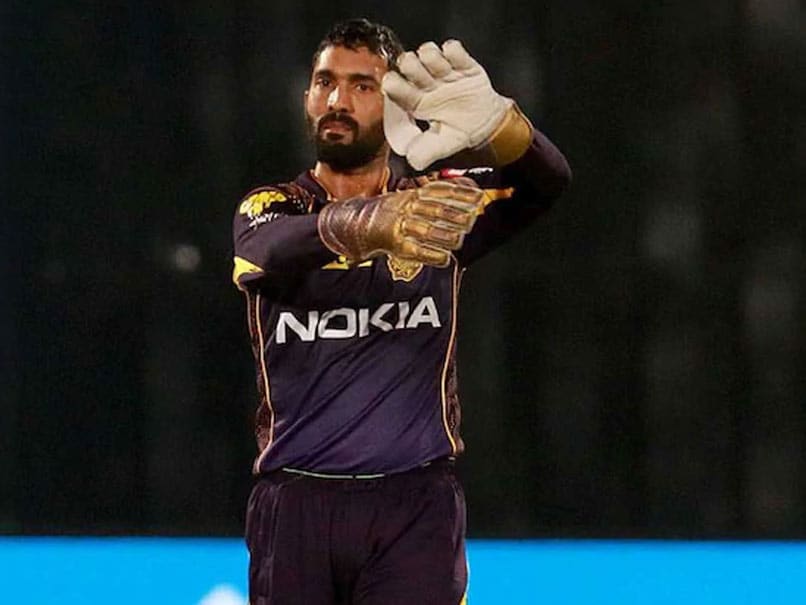 IPL 2020, KKR vs SRH: Dinesh Karthik will look to lead his side on to a maiden win in this edition.© BCCI/IPL

When Kolkata Knights Riders (KKR) return to hostilities, taking on SunRisers Hyderabad (SRH) in Abu Dhabi on Saturday, skipper Dinesh Karthik would be hoping for some display of intent and fight from his side, who were underwhelming against Mumbai Indians, losing by close to 50 runs. On the other hand, SunRisers Hyderabad would be wondering what went wrong when they imploded after looking well on course to a win against Royal Challengers Bangalore in their opening game.

KKR were never really in the game against Mumbai Indians, with rival skipper Rohit Sharma leading the assault as MI almost touched the 200-mark.

It was young Shivam Mavi that showed a semblance of quality in the KKR bowling, while the rest, including Pat Cummins, the most expensive buy for this edition of the IPL, being absolutely carted around.

The KKR bowling looks suspect, any way you look at it, and Cummins and the rest really need to come to the party.

The batting wasn't much better either. Chasing 200 needs more than the run-of-the-mill strategy, and that seemed missing. It was Cummins, ironically, who was the highest scorer.

As for SunRisers Hyderabad, the bowling wasn't so bad, with Bhuvneshwar Kumar and Rashid Khan leading the pack quite well.

While batting, David Warner was unlucky but Jonny Bairstow has to take responsibility for throwing it away.

Once he left at a score of 121, in 15.2 overs, SRH crashed to 153 all out in just over four overs, as batsman after batsman was sent packing.

The batsmen made the decent RCB bowling look really penetrative, something they will definitely have to counter.

SRH will be without Mitchell Marsh, out of action for the tournament and to be replaced by Jason Holder.

Warner, no doubt, will return with a bang, and with the KKR bowling as dodgy as it looks, it could be a telling return.

At the same time, KKR will have to be more assertive, which is also on the cards, so it will eventually depend on which of the sides recovers quicker from their initial reverse.

David Warner Kolkata Knight Riders vs Sunrisers Hyderabad, Match 8 Cricket
Get the latest updates on India vs South Africa and check out  Schedule, Results and Live Score. Like us on Facebook or follow us on Twitter for more sports updates. You can also download the NDTV Cricket app for Android or iOS.