IPL 2020, RCB vs DC: Ravichandran Ashwin was uncharacteristic on Monday as he did not 'Mankad' Aaron Finch despite the chance to do so. 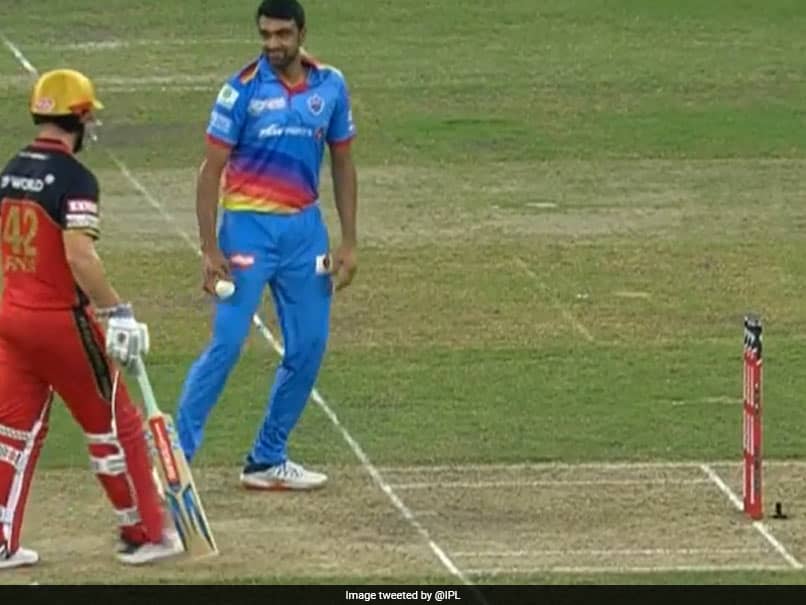 Contrary to popular perception, Ravichandran Ashwin on Monday let go of a chance to run out opponent Aaron Finch at the non-striker's end in Delhi Capitals' match against Royal Challengers Bangalore (RCB) in Dubai. Chasing 197, RCB needed a good start from openers Finch and Devdutt Padikkal. Ashwin was brought on to bowl in the third over of the innings and on the fourth ball of the over Ashwin ran into his delivery stride, rolled his arm over but did not deliver the ball as he had seen non-striker Finch walking out of his crease.

No, not this time. R Ashwin gives Aaron Finch a warning at the non-striker's end.https://t.co/50haslDf0v #Dream11IPL #RCBvDC

Ashwin stopped before releasing the ball and warned Finch to stay in his crease.

The Delhi Capitals (DC) off spinner has a history of ‘Mankading' batsmen – he had run out Rajasthan Royals' Jos Buttler at the non-striker's end in IPL 2019, a move that had created some controversy.

Ahead of the season, DC coach Ricky Ponting had warned that ‘Mankading' would be an absolute no-no at the franchise he coaches. Ponting and Ashwin had spoken about the controversial mode of dismissal.

Later, Ashwin had revealed the contents of the chat he had with Ponting where the latter suggested a 10-run penalty for the side whose batsman tries to steal ground, a tactic Ponting termed as “cheating.”

However on Monday evening Ashwin stopped short of executing the dismissal, which is in the laws of the game, perhaps as a result of his conversation with Ponting.

Ashwin got the batsman at the other end, though, in the same over as Padikkal holed out to Marcus Stoinis in the deep at mid-wicket.

Aaron Finch IPL 2020 Royal Challengers Bangalore vs Delhi Capitals, Match 19 Cricket
Get the latest updates on IPL 2021, IPL Points Table , IPL Schedule 2021 , live score . Like us on Facebook or follow us on Twitter for more sports updates. You can also download the NDTV Cricket app for Android or iOS.