IPL 2020, KKR vs MI: Andre Russell Warms Up To His "Devastating Best" Ahead Of KKR's IPL Opener. Watch

Andre Russell, Kolkata Knight Riders' big hitting superstar, warmed up for the season opener with some cracking shots in the nets. 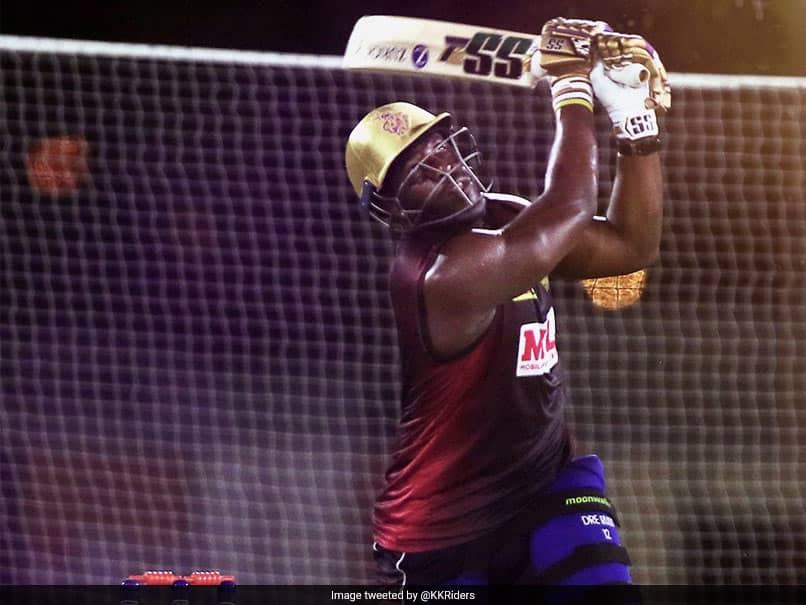 Kolkata Knight Riders (KKR) begin their Indian Premier League (IPL) 2020 campaign on Wednesday against Mumbai Indians, and Andre Russell, KKR's big hitter prepped for the IPL opener in the nets by practising a wide range of shots. KKR posted a video on social media showing Russell have net practice and hit balls in all directions. The last hit by Russell broke a glass screen. “Oh gosh! That's SMASHED - wait for the last shot..#MuscleRussell warming up to his devastating best!” is how KKR captioned the video.

Oh gosh! That's SMASHED - wait for the last shot..#MuscleRussell warming up to his devastating best!

Russell arrived in the UAE after playing in the Caribbean Premier League and has some cricket behind him.

This could be advantageous for KKR as will be the presence of Tom Banton and Pat Cummins, all of whom have played cricket since the COVID-19 crisis brought all cricket to a standstill and therefore could be less rusty than the others.

Russell is one of the most devastating strikers in IPL, boasting of a strike rate of 186.41 and an average of 33.33 over an IPL career spanning eight years.

In addition to all the run scoring, he picked up 11 wickets too and could double-up as the sixth bowler.

KKR failed to make the playoffs last season. They finished fifth after winning six and losing eight of their 14 matches.

They start their campaign against defending champions Mumbai, who lost their IPL opener to Chennai last Saturday.

Andre Russell IPL 2020 Kolkata Knight Riders vs Mumbai Indians, Match 5 Cricket
Get the latest updates on IPL 2021, IPL Points Table , IPL Schedule 2021 , live score . Like us on Facebook or follow us on Twitter for more sports updates. You can also download the NDTV Cricket app for Android or iOS.