IPL 2020: After Jonty Rhodes responded to Sachin Tendulkar's praise for Nicholas Pooran, the legendary batsman was quick to heap praise on the South African for his fielding prowess. 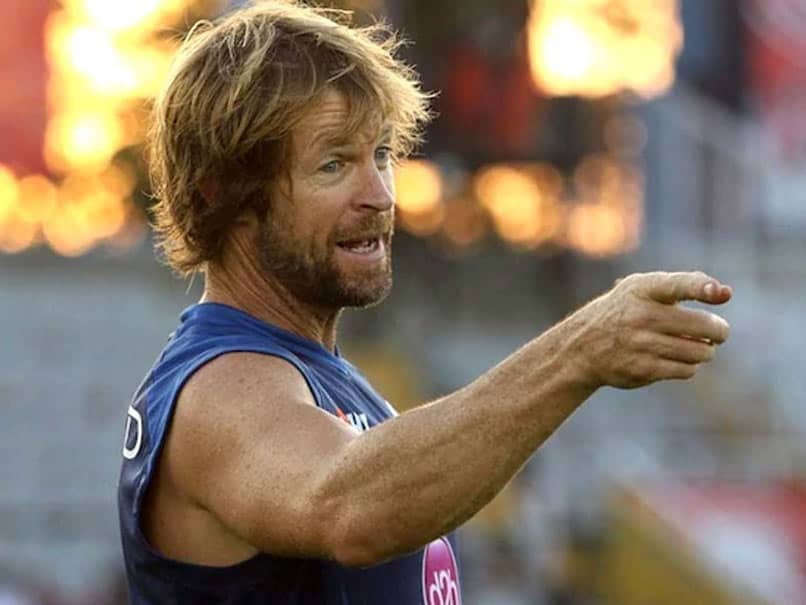 After praising Nicholas Pooran's antics on the boundary ropes against Rajasthan Royals, former India batsman Sachin Tendulkar was quick to point out that no matter what Jonty Rhodes will always remain the best fielder inside the 30-yard circle. "Jonty, I was talking about saves on the boundary line. In your territory (30 yard circle), you were undoubtedly the best," Sachin Tendulkar tweeted on Monday. In the eighth over, Rajasthan Royals' Sanju Samson had played a pull shot off Murugan Ashwin and it was then that Pooran, at deep mid-wicket, dived full length over the rope to catch the ball.

Jonty, I was talking about saves on the boundary line.

In your territory (30 yard circle), you were undoubtedly the best! https://t.co/tZSq3VL1Y5

He was stretching to the maximum possible and then he caught the ball with his left hand. And, a millisecond before falling onto the ground, he flicked the ball back into play and Rajasthan had to settle for just two runs.

After this fielding effort, many former and current players took to Twitter to call Pooran's save as the best fielding effort around the boundary ropes.

Rhodes is currently the fielding coach of KXIP.

Rajasthan Royals chased down a total of 224 to defeat KXIP by four wickets at the Sharjah Cricket Stadium on Sunday. For the Royals, Sanju Samson, Steve Smith, and Rahul Tewatia all scored 50+ scores to give the side a victory by four wickets. Tewatia came out to bat at number four and he was struggling at one stage as he had scored just 13 runs from his first 19 balls.

However, in the 18th over bowled by Sheldon Cottrell, Tewatia hit five sixes to turn the side. The left-handed batsman played a knock of 53 as Rajasthan gained an improbable victory.

Sanju Samson had played a knock of 74 runs against Chennai Super Kings (CSK), and he followed it up with an 85-run knock against Kings XI Punjab. Skipper Smith registered an innings of 50 against Punjab as well.

For KXIP, Mayank Agarwal had scored a ton and this was his first hundred in the IPL. The right-handed Mayank played a knock of 106 runs from 50 balls with the help of 10 fours and 7 sixes to take the side''s total to 223/2.

Rajasthan has now won their opening two matches in the ongoing edition of the IPL. The side will next take on Kolkata Knight Riders on September 30 while Kings XI Punjab will face Mumbai Indians on October 1.

Nicholas Pooran Cricket
Get the latest updates on India vs England Series, India vs England , live score and IPL 2021 Auction . Like us on Facebook or follow us on Twitter for more sports updates. You can also download the NDTV Cricket app for Android or iOS.