IPL 2020, RR vs KXIP: Nicholas Pooran Pulls Off Stunning Save On The Boundary. Watch

IPL 2020, RR vs KXIP: Nicholas Pooran converted a six into a two with a Superman-like effort at the boundary in a high-scoring match at Sharjah. 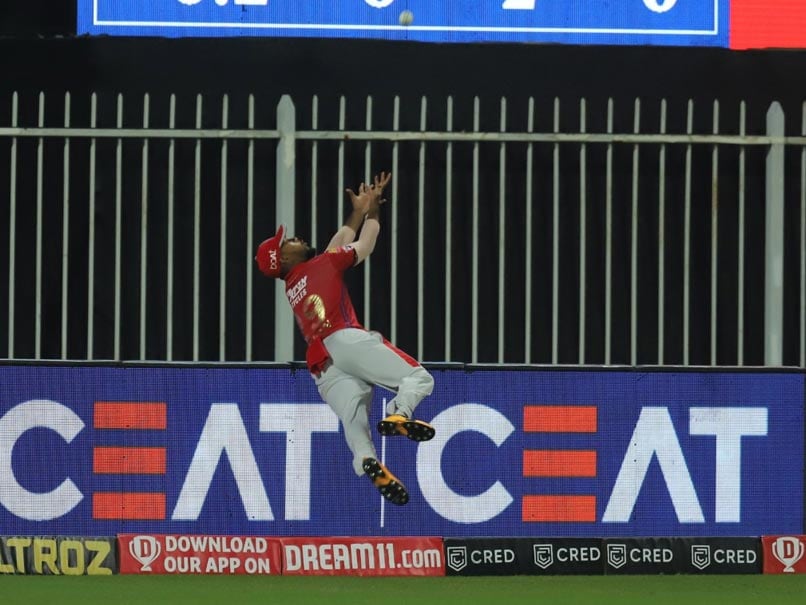 IPL 2020, RR vs KXIP: Nicholas Pooran's high-flying maneuver to save four runs for his team.© BCCI/IPL

Kings XI Punjab's Nicholas Pooran pulled off a spectacular save at the mid-wicket boundary against Rajasthan Royals during Match 9 of Indian Premier League (IPL) 2020. Sanju Samson launched the ball into the Sharjah sky and the ball almost sailed over the ropes but for Pooran's herculean effort as he leaped in the air, caught the ball mid-air and parried it back into the field of play while he was airborne before landing on the wrong side of the boundary. The effort saved what looked certain to be a six and the batsman could only run two runs.

“That's the best I have seen,” remarked Kevin Pietersen on air, who was commentating at the time.

“Pooran has just produced one of the greatest fielding saves I have ever seen.  That was almost two yards over the rope and to pull it back...Wow! Where is this standard of fielding going to take us next,” tweeted Pietersen's fellow commentator Harsha Bhogle.

“How did you do that, Pooran??? Are you wearing a cape under your #KXIP t-shirt?? Haven't seen anything like this ever,” quipped Aakash Chopra on Twitter.

Praises and compliments came from as far as England as James Taylor tweeted: “That is the best piece of fielding you'll ever see from Pooran!!!! Wow!!!”

Pooran's athleticism saved four runs for the team in a high-pressure chase even as RR came out all guns blazing to chase down 224 set by KXIP.

Nicholas Pooran IPL 2020 Rajasthan Royals vs Kings XI Punjab, Match 9 Cricket
Get the latest updates on IPL Auction 2023 and check out  IPL 2023 and Live Cricket Score. Like us on Facebook or follow us on Twitter for more sports updates. You can also download the NDTV Cricket app for Android or iOS.