"Can Still Manage To Fly At 51": Jonty Rhodes, KXIP Coach, Turns Back The Clock With Fielding Skills Before IPL 2020. Watch

South African Jonty Rhodes showed in Kings XI Punjab's recent post on Twitter that he had lost little of his fielding skills. 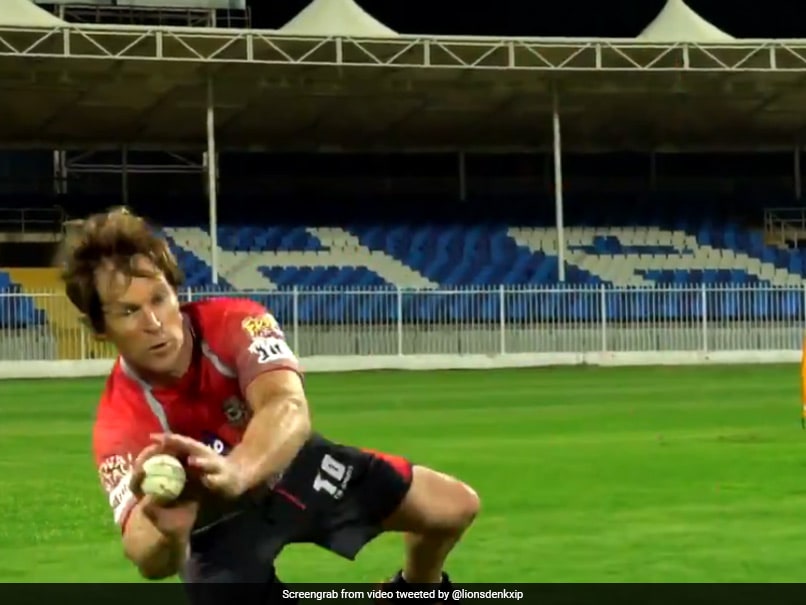 With the Indian Premier League (IPL) set to begin on September 19, Kings XI Punjab fielding coach Jonty Rhodes relived his legendary fielding skills in a video posted on Twitter by the club. The former South Africa cricketer replied to the video, tweeting, "Never too old to have fun in the @lionsdenkxip Can still manage to fly at 51, just the landing is a little bumpy #SaddaPunjab". The video posted by KXIP shows Rhodes perform two fine diving catches.

Never too old to have fun in the @lionsdenkxip Can still manage to fly at 51, just the landing is a little bumpy #SaddaPunjab https://t.co/4KYKrxmwZW

The 51-year-old is considered one of the greatest South African cricketers, and was known one of the best fielders in the business. He was also famous for his quick running while batting. He played for his national team between 1992 and 2003.

Post-retirement, Rhodes got into commentating and coaching roles in cricket. He was also the fielding coach of Mumbai Indians in the past.

IPL 2020 will take place in the United Arab Emirates (UAE) due to the rising coronavirus cases in India. KXIP will be hoping to have a good tournament. The team didn't qualify for the play-offs during the 2019 edition, after registering 12 points with six wins, in 14 matches.

With KL Rahul as captain, KXIP will play their first match against Delhi Capitals on September 20. The first match of the franchise-based T20 league will be between Mumbai Indians and Chennai Super Kings.