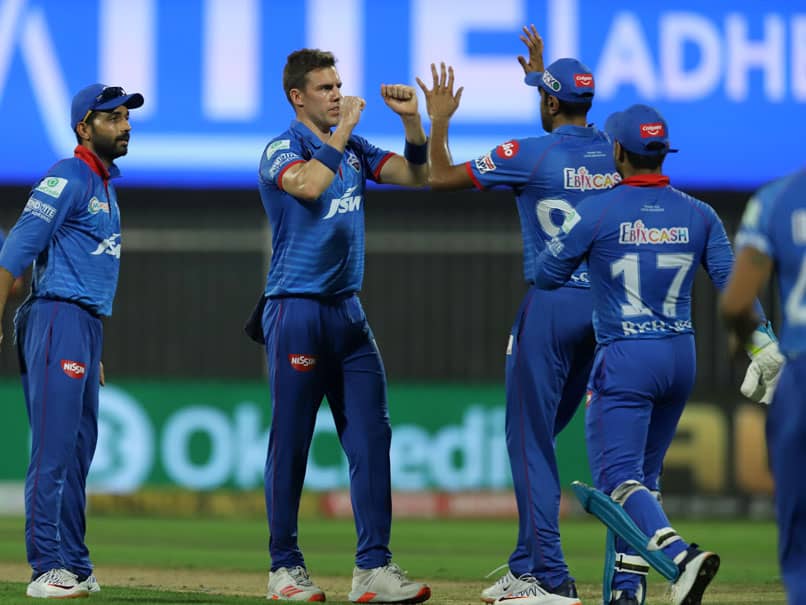 DC vs KKR IPL 2020: Anrich Nortje was the pick of the bowlers, accounting for three wickets.© BCCI/IPL

Delhi Capitals (DC) defeated Kolkata Knight Riders (KKR) by 18 runs in the 16th match of Indian Premier League (IPL) 2020 at Sharjah Cricket Stadium on Saturday. DC posted a total of 228/4 after being sent in to bat. Skipper Shreyas Iyer scored his fastest half-century ever in the tournament, remaining unbeaten on 88*. Iyer's knock comprised of seven boundaries and six sixes. Opener Prithvi Shaw further smashed 66 runs off 41 deliveries, in an innings consisting of four boundaries and as many sixes. The duo enjoyed support from wicketkeeper-batsman Rishabh Pant who scored a 17-ball 38. Andre Russell was the pick of the bowlers, picking two wickets while conceding 29 runs. KKR were never really in the chase, losing quick wickets with the match seeming done and dusted at one stage. However, a fine partnership between Eoin Morgan (44) and Rahul Tripathi (36), helped the team stage a comeback. The DC bowling attack led by pacer Anrich Nortje delivered the goods at this stage, with the dismissals of the duo sealing the win. (SCORECARD)