Mayank Agarwal made an impact on the field with Kings XI Punjab, but he has grabbed the limelight even on social media with his witty tweet on Karwa Chauth. 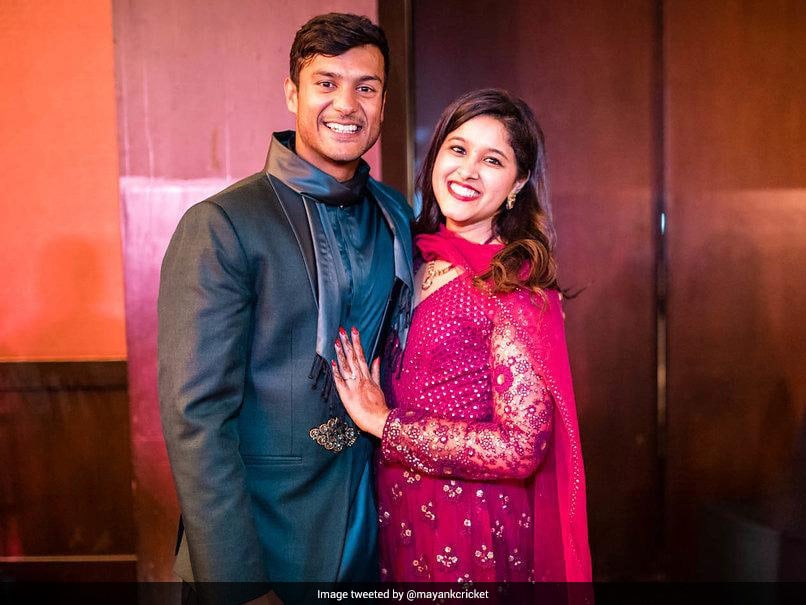 Mayank Agarwal got married to Ashita Sood in June 2018.© Twitter

Kings XI Punjab (KXIP) opener Mayank Agarwal idolises former Team India batsman Virender Sehwag, which is reflecting in his fearless gameplay and ability to change the game single-handedly. However, Mayank has further started emulating Sehwag's sense of humour as evident from his tweet on Karwa Chauth. "Love, laughter & good luck to everyone celebrating. May this #KarwaChauth be super special for you & your partner. P.S : Congratulations to all the husbands for renewal of their life insurance," the tweet read.

Love, laughter & good luck to everyone celebrating. May this #KarwaChauth be super special for you & your partner

P.S : Congratulations to all the husbands for renewal of their life insurance pic.twitter.com/V9bsbimXUy

Mayank Agarwal was the second-highest run-getter for his franchise in IPL 2020. Mayank ensured an attacking start to the innings, smashing runs with confidence. The 29-year-old finished his season with 424 runs in 11 matches at an astounding strike rate of 156.45 and average of 38.54

KXIP finished sixth on the points table, following a defeat against Chennai Super Kings (CSK) in their final league match. The Punjab-based franchise seemed set to finish bottom of the table at one stage but made a fine comeback following the inclusion of Chris Gayle. Gayle's maturity and ability to make an impact under pressure helped KXIP stay in contention for a playoffs berth, which seemed quite unlikely at one stage.

Mohammed Shami Cricket
Get the latest updates on ICC Women's Cricket World Cup 2022 and IPL 2022, check out the Schedule , Live Score and IPL Points Table. Like us on Facebook or follow us on Twitter for more sports updates. You can also download the NDTV Cricket app for Android or iOS.