Rajasthan Royals and later Kolkata Knight Riders tweeted pictures of some of their England and Australian players arriving in the UAE, wearing PPE kits. 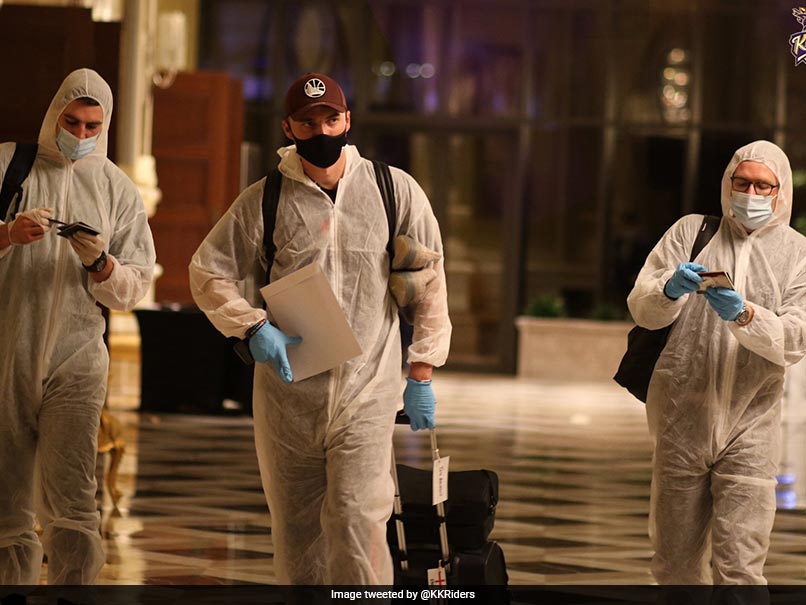 There were more good news for the Indian Premier League (IPL) fans and the franchises as some of the biggest names in the game from Australia and England landed in the United Arab Emirates (UAE) ahead of the start of IPL 2020. Rajasthan Royals and later Kolkata Knight Riders tweeted pictures of some of their England and Australian contingent arriving, dressed in PPE kits. On Thursday night, Rajasthan were the first team to announce the arrival of some their British and Australian stars.

Cummins, Morgan, Banton - All aboard

SunRisers Hyderabad also revealed that Australians David Warner and Mitchell Marsh along with Englishman Jonny Bairstow had reached the UAE.

The English and Australian players reached the UAE following the culmination of the three-match ODI series on late Wednesday night. Australia secured the ODI series 2-1 thanks to brilliant centuries from Glenn Maxwell and Alex Carey in the dramatic series finale.

World champions England had a nightmare start, reduced to 0-2 thanks to Mitchell Starc' scintillating opening burst. However, Jonny Bairstow, who will be playing for the SunRisers Hyderabad in IPL 2020, struck a fine hundred to revive England's fortunes.

Sam Billings (57) and Chris Woakes (53 not out) also hit crucial half-centuries as England posted 302 for seven in 50 overs.

Australia seemed down and out after being reduced to 73 for five but a record sixth-wicket partnership for Australia (212 runs) between Carey (106) and Maxwell (108) helped the visitors come back from the dead and win the match with two balls remaining.

The IPL teams will be hoping that the Australian and English players will hit the ground running, having played some high intensity nail-bitters.

England Cricket Team IPL 2020 Cricket
Get the latest updates on T20 World Cup, check out the T20 World Cup Schedule and Live Score . Like us on Facebook or follow us on Twitter for more sports updates. You can also download the NDTV Cricket app for Android or iOS.