Rajasthan Royals have largely flattered to deceive since they won in the first edition. 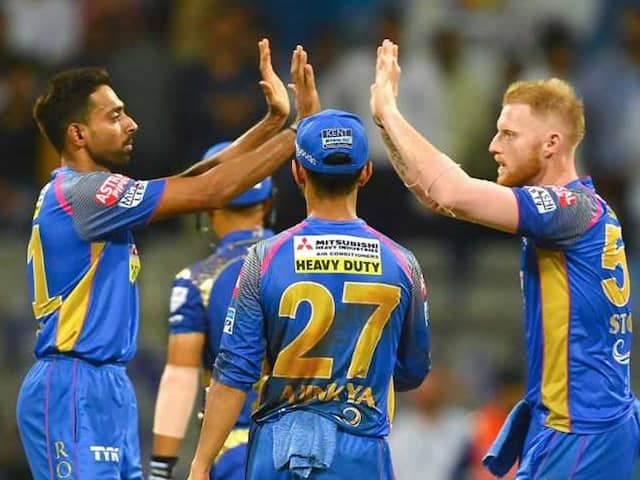 Rajasthan Royals (RR) are the champions from the inaugural edition of the Indian Premier League (IPL) in 2008 where they were led by the inspiring Shane Warne who not only mentored the team but also captained them to glory. Prior to world's richest cricket league, RR were touted to the weakest team on paper. However, the likes of Shane Watson, Sohail Tanvir, Ravindra Jadeja, Yusuf Pathan, Graeme Smith, Swapnil Ashnodkar, Mohammad Kaif and Morne Morkel grouped well under Warne as the team based out of Jaipur went on a roller-coaster ride winning 11 matches and topping the points table as well.

They became the first team not only to top the table but also went a step further to win the glittering trophy by defeating MS Dhoni's Chennai Super Kings (CSK) in the final by three wickets.

Following the heroics of Warne and boys in the opening season, RR failed to replicate their clinical performance as they finished at the bottom-half of the points table from 2009 to 2012. In 2013, under Rahul Dravid's captaincy, RR finished third in the points table. They also ended runners-up in the Champions League that year losing to Mumbai Indians in the final. That was the farewell match for two of India's greatest cricketers: Sachin Tendulkar (MI) and Rahul Dravid (RR).

The year 2014 bought misfortunes for RR as they failed to qualify for the playoffs by a whisker when they lost to Mumbai Indians by five wickets. Rohit Sharma's side chased down 190 runs inside 15 overs to qualify for the playoffs. Corey Anderson anchored MI's run chase and remained unbeaten on 95 off just 44 balls. MI made 195/5 which is till date the highest-ever 14.4 overs score in all T20s.

RR lost to RCB by 71 runs in the eliminator of 2015 IPL and in the same year were banned for two years from IPL alongside CSK on being convicted of match-fixing.

Following a two-year suspension, RR made a memorable comeback in 2018 but they lost to KKR by 25 runs in the eliminator.

Rahul Dravid Cricket IPL 2019
Get the latest Cricket news, check out the India cricket schedule, Cricket live score . Like us on Facebook or follow us on Twitter for more sports updates. You can also download the NDTV Cricket app for Android or iOS.