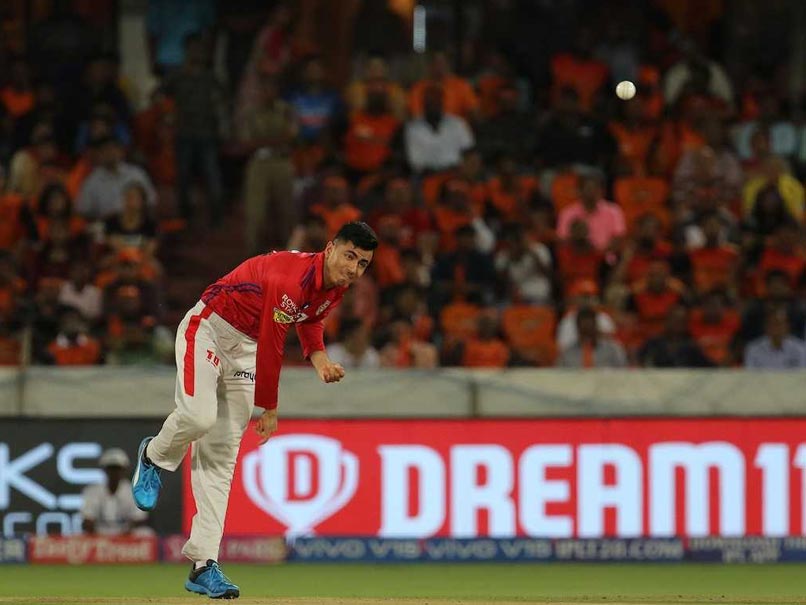 Mujeeb Ur Rahman conceded the most runs in a single over in this edition of the IPL.© BCCI/IPL

Mujeeb Ur Rahman was at the receiving end of an Indian Premier League (IPL) record in the match against SunRisers Hyderabad(SRH) of conceding the maximum runs in a match by an international bowler. The Afghan spinner, who represents the Kings XI Punjab (KXIP) in the present edition of the IPL, had figures of 0-66 in four overs, with an economy rate of 16.5, and just four dot balls. Mujeeb also conceded the most runs in a single over in this edition of the IPL with 26 runs in the 18th over.

He is currently joined second with the most number of runs conceded in the IPL, with current Delhi Capitals pacer Ishant Sharma, who conceded 66 runs against the Chennai Super Kings (CSK) in 2013. Back then, he used to represent SRH.

The record for the most runs conceded by a bowler is 70 runs by SRH's Basil Thampi, against the Royal Challengers Bangalore(RCB) in IPL 2018. He is still a member of the SRH squad.

Mujeeb Ur Rahman has played five games in this year's IPL, taking three wickets with an economy of 10.05.

KXIP were unable to restrict SRH batsmen and they scored the third highest total of this year's edition of the IPL with 212 runs for the loss of 6 wickets.

SRH eventually won the game by 45 runs, as a result of which the franchise is now placed 4th in the IPL points table.

SRH will face the Mumbai Indians on May 2 in Mumbai, while KXIP will take on Kolkata Knight Riders on May 3 in Mohali.

Comments
Topics mentioned in this article
Mujeeb Ur Rahman

Sunrisers Hyderabad Sunrisers Hyderabad vs Kings XI Punjab, Match 48 IPL 2019 Cricket
Get the latest updates on IND vs NZ 2021, check out the Schedule and Live Score . Like us on Facebook or follow us on Twitter for more sports updates. You can also download the NDTV Cricket app for Android or iOS.