The change in captaincy - replacing Ajnkya Rahane with Steve Smith - helped RR to an extent as this helped Rahane roar back to form. 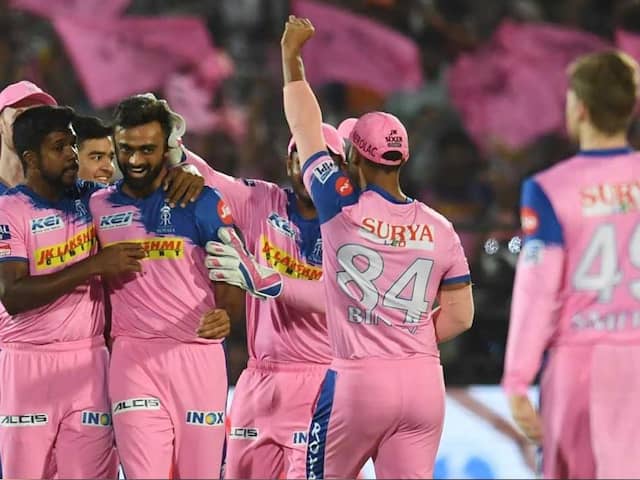 Rajasthan Royals' last win at the Eden Gardens could galvanise their players to believe in themselves.© AFP

Steve Smith-led Rajasthan Royals will be desperate to register a win against Royal Challengers Bangalore, who were forced out of contention for the Indian Premier League (IPL) 2019 playoffs by Delhi Capitals on Sunday. The two teams will face-off at the M Chinnaswamy Stadium in Bengaluru on Monday. With Chennai Super Kings and Delhi Capitals already qualified for the IPL 2019 playoffs, Rajasthan Royals' chances will rest on victories in both their remaining matches or one win and hope CSK, Mumbai Indians and Delhi Capitals win over their respective opponents.

Jofra Archer and Ben Stokes' absence will add to Rajasthan's pressure, more so when Archer's 12-ball 27 for a winning cause against Kolkata Knight Riders is taken into account.

Jos Buttler, who had 311 runs and three fifties in eight innings, had also returned to England for World Cup preparations. The change in captaincy - replacing Ajnkya Rahane with Steve Smith - helped RR to an extent as this helped Rahane roar back to form with an elegant century, albeit in a losing cause, against Delhi Capitals. It also saw Rajasthan bring their campaign back on track by beating Mumbai Indians and Kolkata Knight Riders.

RR's last win at the Eden Gardens could galvanise their players to believe in themselves, after Ryan Parag led a dramatic late comeback.

They, however, still need to iron out a few flaws which have plagued them of late. The failure to grab moments, which cost them the games against Kings XI Punjab, Sunrisers Hyderabad and Chennai Super Kings, is one of them.

The biggest positive for Rajasthan has been Sherays Gopal, who, with his googlies, deceived the likes of Virat Kohli, AB de Villiers and Shimron Hetmyer in the previous match. Sanju Samson, who had hit the first ton of this IPL, has been good.

The match starts at 8 pm.

Steven Smith IPL 2019 Cricket Royal Challengers Bangalore vs Rajasthan Royals, Match 49
Get the latest Cricket news, check out the India cricket schedule, Cricket live score . Like us on Facebook or follow us on Twitter for more sports updates. You can also download the NDTV Cricket app for Android or iOS.