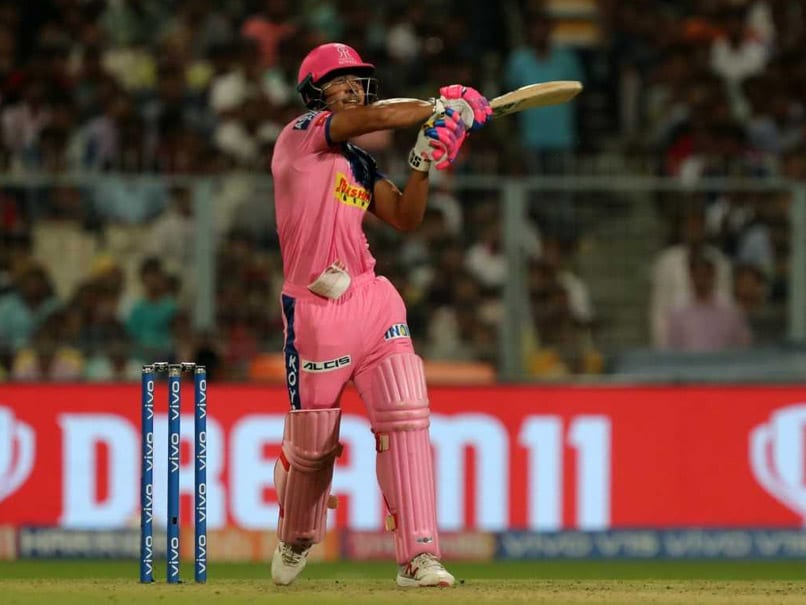 Teenager Riyan Parag led a dramatic late fightback along with Jofra Archer as Rajasthan Royals recovered from a batting slump to snatch a thrilling three-wicket win over Kolkata Knight Riders in a dramatic IPL match here Thursday. The 17-year-old Parag from Assam played without any fear in only his 14th T20 match to score a 31-ball 47 in a determined rearguard innings as the Rajasthan Royalschased down the target of 176 with four balls to spare. Parag, who hit five fours and two sixes, added 44 crucial runs with Archer -- who remained not out on 27 off just 12 balls with the help of two fours and two sixes -- for the seventh wicket from 3.3 overs to turn the match on its head after the Royals were reduced to 98 for 5 in the 13th over.

The Royals needed 54 runs from the final five overs with just four lower order batsmen to come and the match was definitely for KKR's taking at that stage but the script changed altogether as the home side slumped to their sixth loss on the trot. Archer, who was playing his last IPL match of the season as he is leaving for England, hit a six to win the match as the Royals reached 177 for 7 in 19.2 overs. With the win, the Royals moved up one place to seventh with eight points from 11 matches, the same as KKR, who remained at sixth spot, from the same number of matches.

Three teams -- KKR, the Royals and Royal Challengers Bangalore -- now occupy the last three spots in the table with eight point each from 11 matches and all of them still have a theoretical chance of making it to the play-offs, provided they do not lose any of their remaining three matches. The Royals made a flying start with openers Sanju Samson (22) and Ajinkya Rahane (34) scoring 53 off the first five overs but a sudden batting collapse saw then being reduced to 63 for 3 in the eighth over, losing three wickets in two overs for just 10 runs.

Spinners Sunil Narine and Piyush Chawla threaten to change the complexion of the game with a burst of two wicket apiece. Narine had Rahane LBW in the sixth over with a gem of delivery which turned a bit from the middle before Chawla got the wicket of Samson the next over with the googly finding the timber through the gate. Captain Steve Smith (2) was out in the eighth over with Narine getting him. The Royals were looking down the barrel with the match drifting towards KKR before Parag and Archer enacted a memorable run chase and a win.

Earlier, under-fire skipper Dinesh Karthik silenced his critics with a career-best 97 not out as Kolkata Knight Riders recovered from an atrocious start to post a competitive 175 for six against Rajasthan Royals in their must-win IPL fixture here Thursday. Under pressure to perform after a string of five straight defeats, the World Cup-bound Karthik promoted himself to No. 4, shrugging off criticism, and smashed nine sixes and seven fours in his 50-ball unbeaten knock, as KKR hit top gear in the back end of the innings, scoring 126 from the last 10 overs and 75 off the last five overs.

On a day their impact player Andre Russell looked lacklustre in his run-a-ball 14, in which he was dropped twice, it was a one-man show from Karthik who went berserk against the likes of Jaydev Unadkat and Shreyas Gopal. Karthik seized the momentum in the 11th over when he hit Shreyas Gopal for a six followed by three boundaries in an over that yielded 25 runs and KKR did not look back since then.

Karthik completed his fifty from 35 balls and smashed Jofra Archer for successive sixes in the penultimate over before bettering his previous best of 86 when he went berserk against Unadkat by hitting him for two sixes and one four in the final over. Unadkat conceded 50 runs for his one wicket and was the most expensive of the lot as he undid all the good work done by Varun Aaron (2/20) who had a fine new ball spell of 3-1-10-2.

Put in to bat, KKR got off to an atrocious start to be 32/2 in powerplay overs against an all out pace attack from Rajasthan Royals. Playing his only second match this season, Aaron extracted pace and swing from the fast-paced Eden track and removed both the openers Chris Lynn (0) and Shubman Gill (14) cheaply.