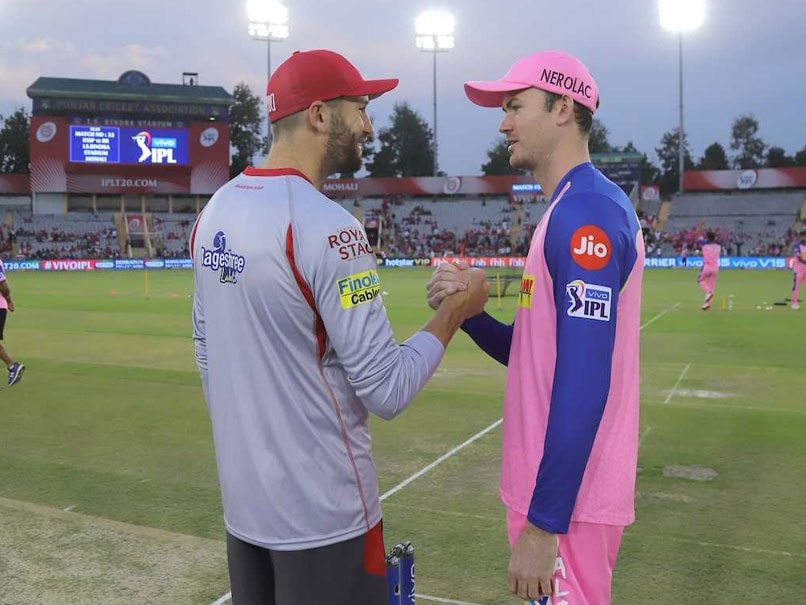 Ashton Turner has notched up 5 ducks in-a-row in Twenty20 cricket -- including three in the IPL.© BCCI/IPL

Ashton Turner had grabbed the headlines when he guided Australia to a series-levelling win over India at Mohali during the ODI series. The Australian right-hander also had some strong performances in the Big Bash League (BBL) where he accumulated 378 runs in 14 matches for Perth Scorchers before the league's knock-out stage. Rajasthan Royals shelled out Rs 50 lakh for the Australian and would have expected instant returns on their investment but it's been anything but that as Ashton Turner has had a nightmare start in IPL 2019.

Ashton Turner has notched up five ducks in a row in Twenty20 cricket -- including three in the Indian Premier League -- entering the record books for the dubious distinction.

Turner, who missed out on Australia's World Cup 2019 team announced last week, extended his horrific run for his IPL side Rajasthan Royals after getting out for nought to Delhi Capitals paceman Ishant Sharma on Monday.

It was the 26-year-old's third consecutive golden duck -- meaning out first ball -- since being picked by Rajasthan Royals in the December auctions.

The tall right-handed batsman was caught at extra cover after being deceived on a slower delivery by Sharma in a match that Rajasthan lost by six wickets.

He fell to Kings XI Punjab leg-spinner Murugan Ashwin on his IPL debut last week after mistiming a hit to long off.

His two previous ducks came in the first T20 against India in Visakhapatnam in late February and for the Perth Scorchers against Adelaide Strikers in the Big Bash League on February 9.

The middle-order batsman rose to prominence with his match-winning 84 in a One-day International against India in March, and was lauded for his finishing prowess.

Australia Cricket Team Ashton Turner IPL 2019 Cricket
Get the latest updates on ICC Women's Cricket World Cup 2022 and IPL 2022, check out the Schedule , Live Score and IPL Points Table. Like us on Facebook or follow us on Twitter for more sports updates. You can also download the NDTV Cricket app for Android or iOS.