Playing With An Extra Batsman Helped Us Be Aggressive, Says Shubman Gill

Shubman Gill played an instrumental role in taking the Kolkata Knight Riders to a score of 232/2, the highest score in IPL 2019. 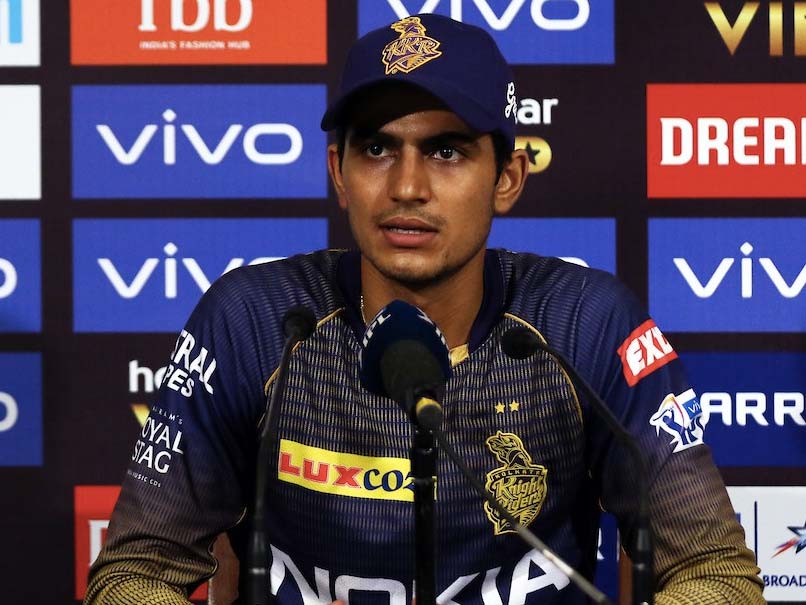 Shubman Gill stated that playing with an extra batsman gave him the leeway to bat more aggressively during the KKR vs MI IPL 2019 clash. He played an instrumental role in taking the Kolkata Knight Riders to a score of 232/2, the highest score in IPL 2019, scoring 76 off 45 balls at a strike rate of 168.88. Kolkata Knight Riders brought their six-match losing streak to an end after a 34-run victory over the Mumbai Indians at the Eden Gardens on Sunday.

Speaking at the post-match press conference, Shubman Gill said “We had discussed in the dressing room that we are going to come out with an extra batsman in Robin Uthappa. It was just that when you're batting or bowling, if there is any sort of confusion, then go aggressive because we have backup. That gives support to the players whether it's a batsman or a bowler, and that is important.”

“We had lost the last six matches, so in this match we had to win, and start a new streak of winning and carry that till the final”

Speaking about whether he should have been in the top order before, he stated: “It can't be said that I should have gotten it (top order spot) before, because (Chris) Lynn and (Sunil) Narine were doing pretty well for the team.”

“Lynn has been opening for a long time, and we can't put him down the order, and Narine had been giving us good starts. Even though I opened in the last match, Lynn had given us a good start, scored 25-something runs in 8 balls, so I can't say that I should have been given a chance earlier, but I'm happy that I got a chance which I capitalised”.

Opening the innings, Shubman Gill and Chris Lynn gave a blistering start to the Kolkata Knight Riders, as they scored 89 runs in 9 overs, till Lynn was dismissed in the next over by Hardik Pandya. Lynn finished his innings at 54 off 29 balls with a strike rate of 186.2.

Shubman Gill continued his fine showing with the bat till the 15th over, when he was finally dismissed by spinner Rahul Chahar.

Kolkata Knight Riders' final two fixtures in IPL 2019 are away from home, against Kings XI Punjabon May 3, and against Mumbai Indians on the May 5.

Chris Lynn
Get the latest updates on ICC T20 Worldcup 2022 and CWG 2022 check out the Schedule, Live Score and Medals Tally. Like us on Facebook or follow us on Twitter for more sports updates. You can also download the NDTV Cricket app for Android or iOS.