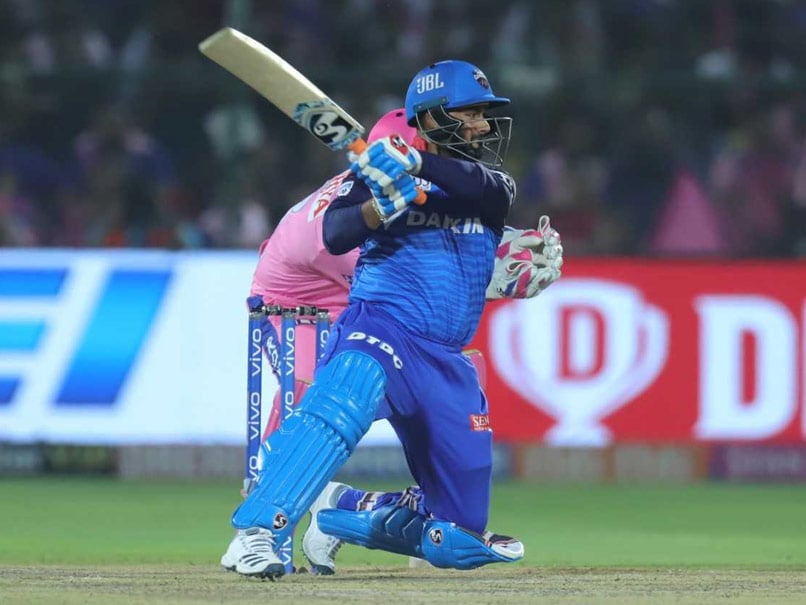 Rishabh Pant has registered a pretty inconsistent performance in the IPL 2019.© BCCI/IPL

Rishabh Pant has registered a pretty inconsistent performance in the Indian Premier League (IPL) 2019 and Delhi Capitals head coach Ricky Ponting believes thoughts of World Cup 2019 selection might have impacted the youngster's form. However, after India's 15-man World Cup squad was announced, Pant who was named as one of the standbys notched up an unbeaten 78 in his franchise's six-wicket victory over Rajasthan Royals. Ponting also believes if Pant remains in form he can help the capital franchise win a couple of more games.

"In the first phase of the tournament, players like Rishabh (Pant) might have had certain thoughts around his mind about the World Cup selection, but to be honest, that 78 not out in the first match against Mumbai was what got us the win," Ponting said.

"I'm glad he found the form again against RR, and what you want from players like him in such a tournament is that they win you three or four matches each throughout the season, and he has certainly won two games for us so far, and if he remains in form, he can get a couple of more wins."

Ponting is also elated about Delhi Capitals' performance in the previous matches as he feels the team has peaked at the right time.

"We have won the last four out of our five matches, and with three more matches to go, I feel we are going in the right direction. I am happy that the team is peaking at the right time, with better communication amongst the group," Ponting said.

Delhi Capitals are currently second in the IPL 2019 points table with 14 points from 11 matches. They will next host Royal Challengers Bangalore (RCB) on Sunday.

Delhi Capitals Rishabh Pant IPL 2019 Cricket
Get the latest updates on ICC T20 Worldcup 2022 and CWG 2022 check out the Schedule, Live Score and Medals Tally. Like us on Facebook or follow us on Twitter for more sports updates. You can also download the NDTV Cricket app for Android or iOS.