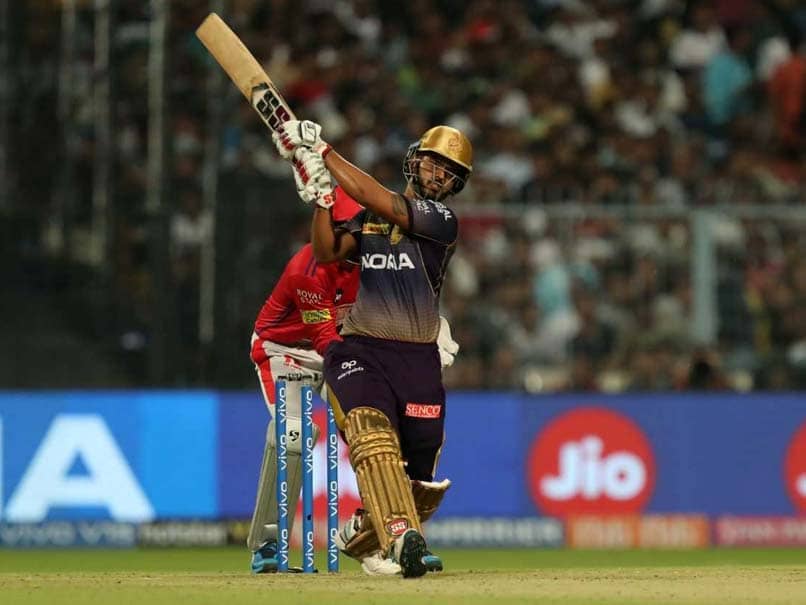 Back to his familiar No.4 role against KXIP, Rana scored a 34-ball 63for KKR on Wednesday© BCCI/IPL

Nitish Rana, whose 131 runs in the first two matches of IPL 2019 for Kolkata Knight Riders (KKR) make him the current holder of the Orange Cap, said he wants to credit KKR captain Dinesh Karthik and team mentor Abhishek Nayar for making him a better player this season. Speaking after KKR's 28-run victory over Kings XI Punjab on Wednesday, Rana said his game has been enriched by the time he spent in the off-season at the Mumbai-based KKR academy. "I did not work on batting as such but I worked on the mental toughness. KKR academy was quite helpful in that sense because I got one-on-one time with Abhishek bhaiya and DK bhaiya. They helped me clear self-doubts. Now, I feel I've become a better player," he said.

"Going back to the #KKRAcademy helped me become mentally tough."

Rana, batting as a makeshift opener in KKR's first match, against SunRisers Hyderabad, struck a fine 68. Back to his familiar No.4 role against KXIP, Rana scored a 34-ball 63 on Wednesday to overtake Delhi Capitals' Rishabh Pant (103 runs in two matches) in the early Orange Cap race. With his fine form, he has also emerged as a 'dark horse' contender to play the No.4 role for India in the upcoming World Cup.

Speaking on his run of form, Rana said, "I haven't thought too far ahead. But for the last couple of seasons, I start well but my form fizzles out towards the latter half of the tournament. This time around, I want to work on this. I want to continue the kind of form I have started in till the end of the tournament."

Disturbed by his poor form, the top order KKR batsman spent some time at the Mumbai-based KKR academy, where veteran Mumbai seamer Abhishek Nayar is in charge of player conditioning and training.

Abhishek Nayar IPL 2019 Cricket
Get the latest updates on IPL 2021, IPL Points Table , IPL Schedule 2021 , live score . Like us on Facebook or follow us on Twitter for more sports updates. You can also download the NDTV Cricket app for Android or iOS.