Manish Pandey scored an unbeaten 83 for SRH against CSK, but in a losing cause. 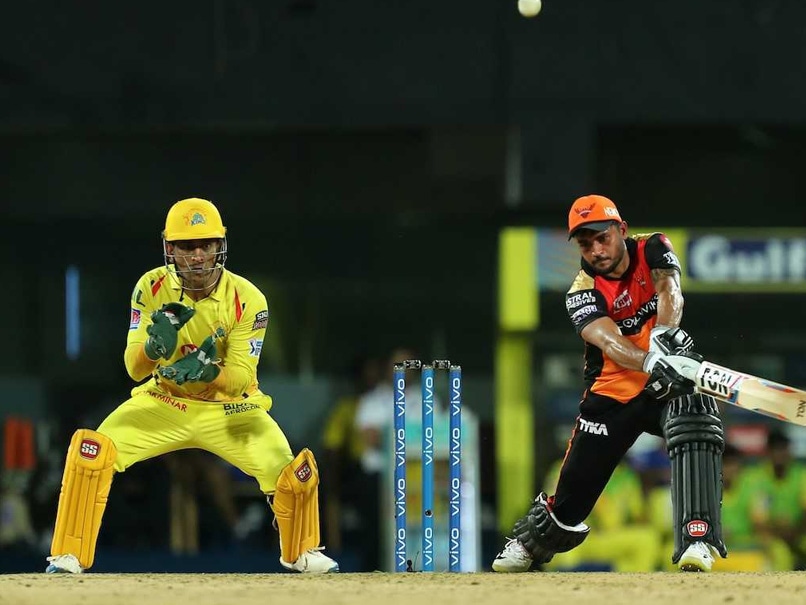 Manish Pandey, prior to the match against Chennai Super Kings (CSK), was going through a poor run of form, scoring merely 54 runs in the six games he had played for the SunRisers Hyderabad (SRH). However, on his return to the squad in the No. 3 position previously occupied by Kane Williamson, who missed the tie due to personal reasons, Pandey put in a brilliant performance, scoring 83 not out off 49 balls at a strike rate of 169.38, though it wasn't enough to take SRH over the line, as CSKwon the tie with a ball remaining.

Speaking at the press conference after the match, all-rounder Shakib Al Hasan stated, "Kane (Williamson) wasn't there, so that gives the team management a chance to push someone at number 3, and they did that.

"Manish (Pandey) grabbed it with both hands, the way he played, I thought, was terrific. From the first ball, he looked in good nick. Hopefully, he can continue this form for us."

Pandey came in at 5 for 1, after Jonny Bairstow was dismissed by Harbhajan Singh for a duck.

Pandey played freely from the get-go, as demonstrated by scoring a four off his first ball by hitting it right above Harbhajan's head. By the end of the first 6 overs, he had scored 27 off 12 deliveries, eventually getting his half-century.

Sunrisers Hyderabad Chennai Super Kings vs Sunrisers Hyderabad, Match 41 IPL 2019 Cricket
Get the latest updates on T20 World Cup, check out the T20 World Cup Schedule and Live Score . Like us on Facebook or follow us on Twitter for more sports updates. You can also download the NDTV Cricket app for Android or iOS.