Bangladesh have not defeated New Zealand in any format in their backyard. 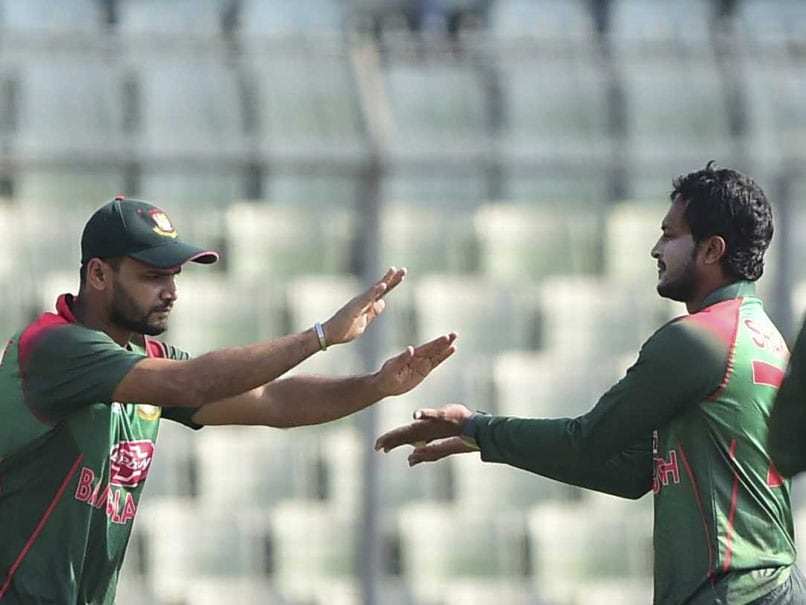 Bangladesh's only win in New Zealand came in 2015 in a World Cup match.© AFP

Shakib Al Hasan suffered a finger injury that ruled him out of the upcoming three-match One-Day International (ODI) series between Bangladesh and New Zealand. Bangladesh have not defeated New Zealand in any format in their backyard. The Black Caps on Sunday registered a 2-1 win in the three-match T20 International series against India following a 1-4 defeat in the five-match ODI series. Bangladesh skipper Mashrafe Mortaza said that the injury of talismanic all-rounder Shakib Al Hasan has made the challenge tougher for the Asian Tigers.

"It was already a big challenge. The loss of Shakib made it a bigger challenge," Mashrafe told reporters before leaving for New Zealand on Sunday.

Shakib was ruled out of the ODI series at the eleventh hour, with a fracture to the little finger on his left hand.

Bangladesh's only win in New Zealand came in 2015 when they beat Scotland by six wickets in a World Cup group match at Nelson.

The ODI series starts in Napier on February 13.

"We have to play with a positive frame of mind," he said.

Mashrafe did not rule out winning the series against the hosts, despite their poor record in the country, saying it was "difficult but possible."

"Mental strength" is crucial, he said, for his team to pull off a surprise win.

The final stage of the Bangladesh Premier League Twenty20 tournament also lifted Mashrafe's hopes for success, as he watched some of the team's batsmen return to form.

Opener Tamim Iqbal struck 141 off 61 balls in the final of the tournament to help his Comilla Victoriansbeat Shakib's Dhaka Dynamites by 17 runs for the title on Friday.

"The kind of wicket we got in the BPL semi-final and final -- I think the wicket (in New Zealand) will be similar and flat," Mashrafe said.

"It's a relief for us that the batsmen returned to form. The challenge is now for the bowlers."

Bangladesh will play three Test matches, along with the ODIs, during their long visit to the country. The first Test is due to start on February 28 in Hamilton.

New Zealand Cricket Team Cricket
Get the latest updates on IND vs NZ 2021, check out the Schedule and Live Score . Like us on Facebook or follow us on Twitter for more sports updates. You can also download the NDTV Cricket app for Android or iOS.