Steve Smith had featured in only two matches for Comilla Victorians in the Bangladesh Premier League. 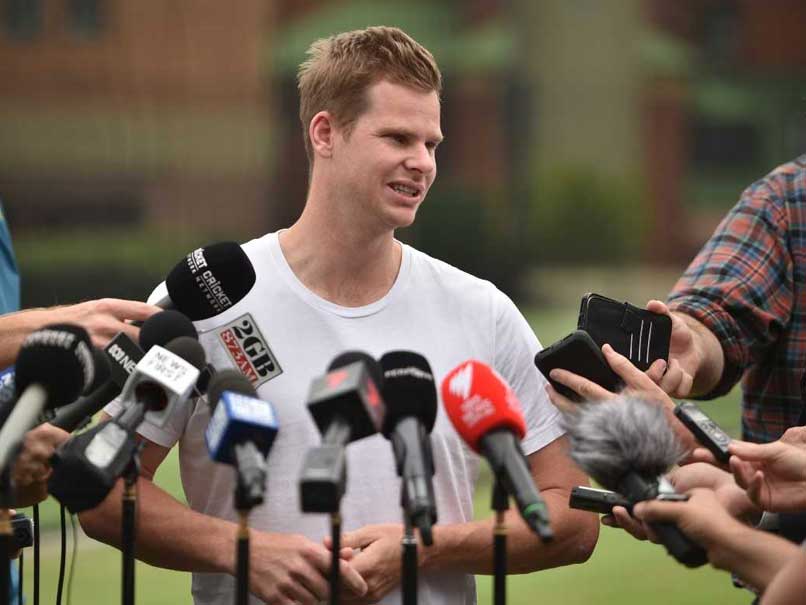 Steve Smith left the Bangladesh Premier League (BPL) with an elbow injury on Thursday. The former Australian skipper left the T20 league after playing only two matches as he has struggled to bat during training for a couple of days. Steve Smith's franchise Comilla Victorians head coach Mohammad Salahuddin also said that the Australian right-hander underwent a MRI test in Dhaka but after seeing his reports, Australian physicians advised him to return home.

"Smith has suffered an elbow injury. We are not sure how he picked it up, but the last two days he could not bat in training due to the problem," Victorians head coach Mohammad Salahuddin told AFP.

"He had an MRI test here but the result was not very clear. He sent the report to Australian physicians who advised him to return home immediately," he said.

Smith, who was leading Comilla in the tournament, scored just 13 runs in his two matches, including a duck in the last match, in which his team was dismissed for a lowly 63 runs.

Salahuddin said he expected Smith to return to the league once he had recovered from the injury. He was scheduled to leave Dhaka at 10pm local time (16:00pm GMT).

Comilla signed Smith initially as a back-up to Pakistan's Shoaib Malik but later added him to the squad following clearance from the Bangladesh Cricket Board (BCB).

The BCB had initially blocked his participation after other franchises raised objections as Smith was not included in the initial players' draft list for the tournament.

His former deputy David Warner, who is serving a similar ban for his role in the scandal, is also playing in the BPL, captaining the Sylhet Sixers franchise.

The BPL was dogged by match-fixing scandals and delayed pay for some foreign players after it started in 2011.

After a one-year suspension in 2015 it has since been staged without serious controversy.

Steven Smith Cricket
Get the latest updates on SA vs IND 2021-22, check out the Schedule and Live Score . Like us on Facebook or follow us on Twitter for more sports updates. You can also download the NDTV Cricket app for Android or iOS.