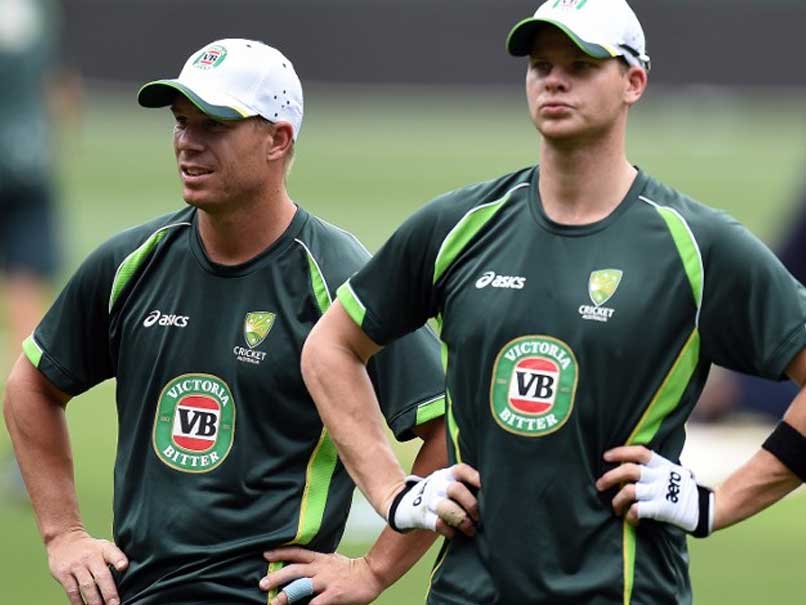 Australia's Test team captain Tim Paine has asked the Australian public to give former skipper Steve Smith and vice-captain David Warner another chance. Steve Smith and David Warner are serving one-year bans after being caught in the ball-tampering scandal in South Africa last year. Paine said he hoped "they're welcomed back" into the national team. The pair's year-long ban for ball-tampering is due to expire at the end of March and they are widely expected to be rushed back into a side that has struggled without them.

But how the Australian public responds remains to be seen after they were widely slammed for tarnishing the country's image with their antics in South Africa last March.

During the Test in Cape Town, Cameron Bancroft tried to alter the ball with sandpaper with Warner fingered as the instigator and then captain Smith admitting he turned a blind eye.

The scandal rocked the sport and led to national coach Darren Lehmann resigning and an overhaul of senior executives at governing body Cricket Australia.

Asked if the trio should be welcomed back with open arms, Paine replied: "I think so".

"I hope they're welcomed back. I mean everyone is entitled to their own opinion and will have a different view on it.

"But I think that once they've done their time I'm very hopeful that the Australian public will welcome those three guys back and give them a fair chance.

"I mean, just to be treated like all other cricketers are," he added ahead of the fourth and final Test against India.

Bancroft is eligible to return now after his ban ran out last weekend and he began to resurrect his career with the Perth Scorchers in the Big Bash League.

Smith and Warner could possibly make their comebacks in a One-day International in late March, when Australia have pencilled in a series against Pakistan in the United Arab Emirates.

According to the Cricket Australia website, the series was tentatively set for March 15-29, but Pakistan have reportedly proposed pushing it back to March 31-April 13.

Their exile has left a big void in the Test team.

Opener Aaron Finch has been unable to reproduce his limited-overs form in the red ball game, Usman Khawaja has struggled and newcomer Marcus Harris is yet to post a big score at the top of the order.

Paine admitted after Australia lost the third Test to India in Melbourne last week that Smith and Warner were being badly missed.

"I think it's pretty clear that if you take two or three of the best players out of anyone's line-up around the world, you're going to struggle a little bit at times and you are going to have inconsistent performances," he said.

"The silver lining is that we do have world-class players that are available soon to come back into this side, and clearly when they do they will make a huge difference."

David Warner Tim Paine Australia vs India 2018/19 Cricket
Get the latest updates on ICC Women's Cricket World Cup 2022 and IPL 2022, check out the Schedule , Live Score and IPL Points Table. Like us on Facebook or follow us on Twitter for more sports updates. You can also download the NDTV Cricket app for Android or iOS.