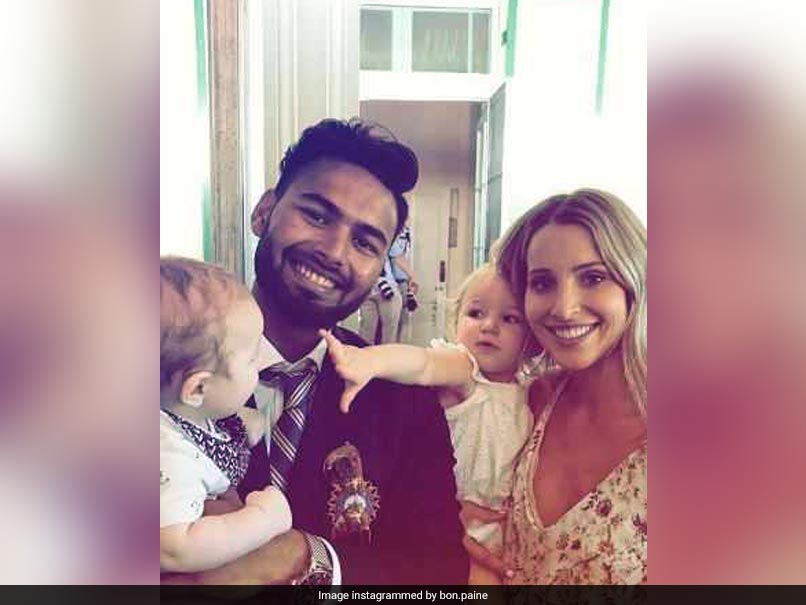 The banter between Rishabh Pant and Tim Paine has probably reached a tipping point.© Instagram/Bon.Paine

The on-field banter between Indian wicket-keeper Rishabh Pant and Australian captain Tim Paine has now extended itself to a point of social media prominence. In an Instagram story, Tim Paine's wife Bonnie called Rishabh Pant the "best babysitter." The story had showed Rishabh Pant posing with the two kids of Bonnie and Tim Paine. This development is the result of a cheeky exchange between Rishabh Pant and Tim Paine during the Melbourne Test, where Paine had invited him to babysit his children sometime. 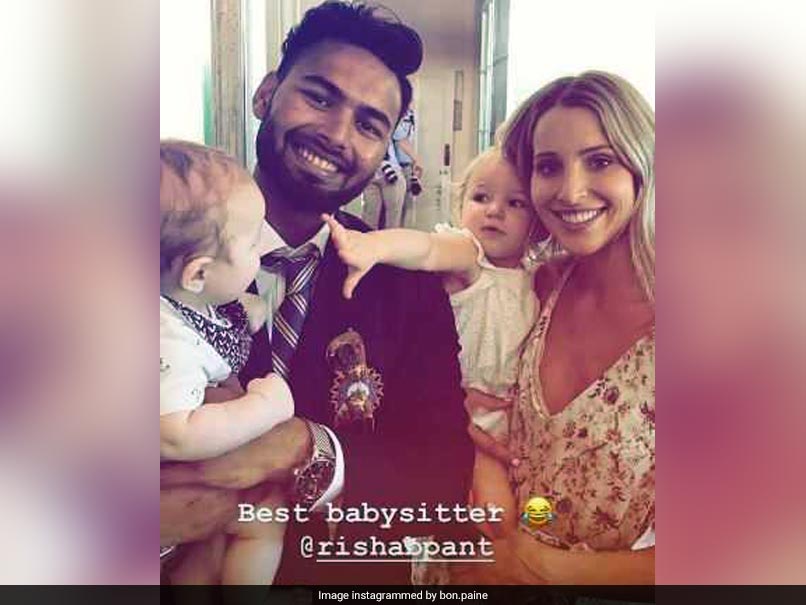 During the Melbourne Test, Paine had advised Pant to join the Hobart Hurricanes in the Big Bash League in the wake of MS Dhoni's returned to the Indian limited-overs set-up. The piece of advice was followed by the nasty "babysitting" jibe. Paine said, "Tell you what, big MS (Dhoni) is back in the one day squad too, we might get him down to the (Hobart) Hurricanes this bloke, we need a batter. Fancy that Pant, extend your little Aussie holiday. Beautiful town Hobart too. Get you a nice apartment on the water front. Have him over for dinner. Can you babysit? (Can I) take the wife to the movies one night, you can look after the kids?"

Australia Cricket Team Australia vs India 2018/19 Tim Paine Rishabh Pant Cricket
Get the latest updates on ICC T20 Worldcup 2022 and CWG 2022 check out the Schedule, Live Score and Medals Tally. Like us on Facebook or follow us on Twitter for more sports updates. You can also download the NDTV Cricket app for Android or iOS.