David Warner sustained the injury while playing a quickfire 61-run knock for Sylhet Sixers in the Bangladesh Premier League. 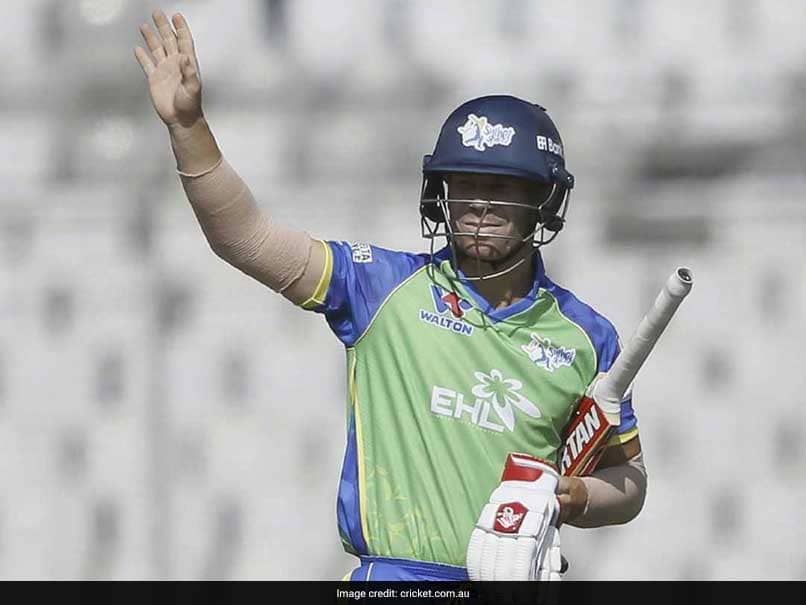 David Warner suffered a setback as he was assessed with an elbow injury.© Cricket Australia

David Warner suffered a setback as he was assessed with an elbow injury while playing in the Bangladesh Premier League (BPL), Cricket Australia said on Thursday. Warner, who is about to end his ban for the infamous ball-tampering in March, sustained the injury while scoring a quickfire 61 for Sylhet Sixers on Wednesday. The 32-year-old will return home to have the injured elbow assessed. However, the extent of the injury is not yet known. Warner will return to Australia next Monday, after two more matches in the Bangladesh Twenty20 competition.

"While the extent of the injury remains unknown, Warner will continue to play for the Sylhet Sixers before he departs, meaning he will feature in matches on the 18th and 19th," Cricket Australia's official news site reported.

The injury just days after former captain Steve Smith returned to Australia to have elbow surgery following an injury he sustained while playing in the same Bangladesh tournament.

Smith is expected to be in a brace for six weeks before undergoing extensive rehabilitation.

The disgraced pair still has three months of their suspensions left to run over the incident last March that rocked the game.

Fox News reported that Warner injured the elbow during his creative unbeaten 61 off 36 balls for Sylhet against the Rangpur Riders.

The left-hander switched to a right-handed stance while facing a spell from Chris Gayle, smashing the Windies superstar back over his head for six.