After Virat Kohli's brilliant century in the KKR vs RCB IPL 2019 match, AB de Villiers christened him with a new nickname. 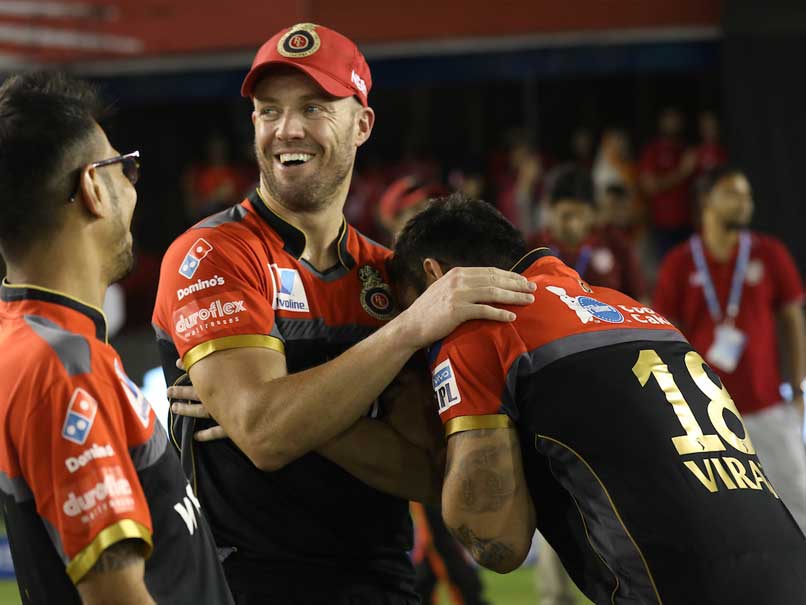 Virat Kohli produced a batting masterclass to smash his fifth Indian Premier League (IPL) century. Virat Kohli's stunning knock in the KKR vs RCB IPL 2019 match at the Eden Gardens helped his team register only it's second win in IPL 12. Virat Kohli's knock was all the more significant for RCB as star batsman AB de Villiers had been ruled out before the start of the match in Kolkata. After Virat Kohli reached the three-figure mark, AB de Villiers took to Twitter to hail the RCB captain and christen him with a new nickname.

Virat Kohli goes by a lot of names 'Cheeku', 'King Kohli' but 'little biscuit' has never cropped up before.

VIRAT!!!!!!!!!!!you little biscuit @imVkohli Top knock from @MoeenaliAli as well Bowlers to follow through what's been a very good 1st half

This tweet is purely gold.... That word (biscuit) is so good.. Really love u both

Virat Kohli's knock of 100 off 58 deliveries, helped him claim the second spot on the list of century makers in the tournament.

The Indian skipper paced his innings brilliantly and got out on the last ball of the innings. Kohli, who scored his first 50 off 40 balls, changed gears in the second half of his innings. Such was his domination that Kohli took just 17 balls for his second fifty.

But Kohli was not the only RCB batsman to put his hand up on Friday night. England all-rounder Moeen Ali hit six sixes and five fours, smashing 66 off just 28 balls to help RCB post a formidable total on board.

Andre Russell (65 off 25 balls) and Nitish Rana (85 not out off 46) nearly pulled off the impossible but RCB held on for a famous win.

Moeen Ali IPL 2019 Kolkata Knight Riders vs Royal Challengers Bangalore, Match 35 Cricket
Get the latest updates on ICC T20 Worldcup 2022 and CWG 2022 check out the Schedule, Live Score and Medals Tally. Like us on Facebook or follow us on Twitter for more sports updates. You can also download the NDTV Cricket app for Android or iOS.